Toronto FC's 4-0 win at LA Galaxy extended its lead over New York City FC in the MLS Supporters' Shield race to 11 points, and it can clinch its first regular-season league title as soon as Saturday. Toronto's 11-game unbeaten streak, which includes six wins in a row by a margin of 21-3, is one of several unbeaten streaks shaping the MLS conference races.

Toronto FC's six-game winning streak have blown open the Eastern Conference race. TFC will clinch the Supporters' Shield race if it beats Montreal on Wednesday and New England on Saturday. 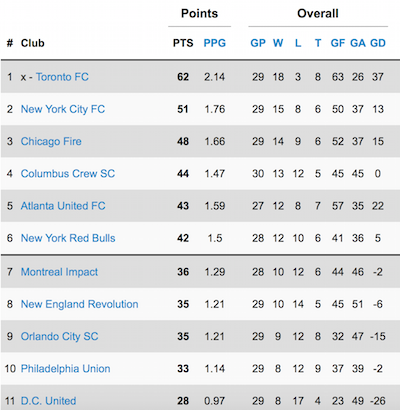 The Whitecaps have shot into the lead with a six-game unbeaten streak. Seattle has the longest current unbeaten streak in MLS -- 13 games -- but four straight draws have dropped the Sounders into a three-way tie with Portland and Sporting Kansas City for second place behind the 'Caps. 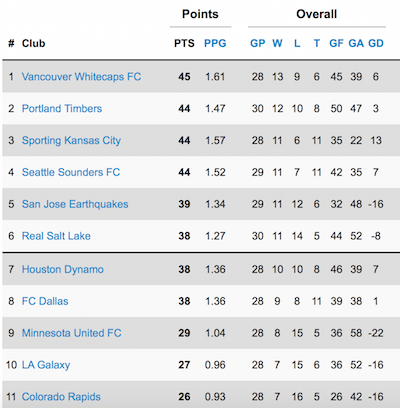