On the surface, it’s obvious what’s at stake in the U.S. Open Cup final that Sporting Kansas City will host Wednesday at Children’s Mercy Park against the New York Red Bulls.

For both teams it’s a trophy, a slot in the Concacaf Champions League, prize money of $250,000 to the winning team, and a dollop ($100,000) of general allocation money. Yet for the Red Bulls -- the only team left from the original membership of 10 that has yet to win an Open Cup or MLS Cup -- it’s a chance to get over the hump, to win the final game of a competition and thus stand alone on the summit.

Whether outsiders consider it more or less important than the league title or Supporters’ Shield does not alter the thinking of head coach Jesse Marsch, who won it four times as a player with D.C. United (1996) and Chicago (1998, 2000, 2003), and upon being hired by the Red Bulls in 2015 immediately declared it a high priority for a club that previously didn’t care all that much about it. 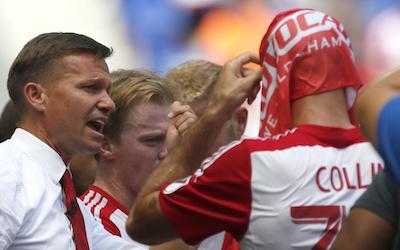 “We use it in many ways,” said Marsch in a conference call with reporters Monday. “It actually helped solidify what we’re doing with our season and the success we’ve had in this tournament has given our team confidence and the belief that they can win in big games. That’s been important for us in the progress of our club and our team, especially with so many young guys.

“It isn’t just a throw-out tournament and certainly like I said before, anyone who has won this tournament before -- who’s won this trophy -- I think values it even more.”

To reach the final, the Red Bulls have survived three games decided by a single goal and a penalty-kick defeat of Philadelphia in the quarterfinals. They were 15 minutes away from a semifinal upset at USL upstart FC Cincinnati before rallying to tie the game with goals by Gonzalo Veron and Bradley Wright-Phillips in regulation, and winning it in extra time with another Wright-Phillips goal.

Marsch has used backup Ryan Meara in goal rather than Luis Robles, who has played in a league-record 128 consecutive games, and will stick with Meara for the final.

“Ryan has earned it in how he has played through this tournament,” Marsch said. “This is his tournament to play. He’s going to take us through the final and to the trophy.”

Fighting back as a hostile crowd of 33,250 Cincinnati howled in disappointment should pay off down the stretch and in the playoffs, Marsch believes, as well as steel his players for what should be a tense, tough final.

“They’ve had moments in this tournament where their backs were against the wall and they’ve stuck together and found out a way to emerge,” said Marsch. “It’s also well understood that the New York Red Bulls, going back to the MetroStars days, have never won a trophy. There’s been some Supporters’ Shields but there’s never been a trophy, so this is a big opportunity for the club and for this team.”

The Metros lost to the Fire 1-0, in the 2003 Open Cup final. Sporting KC coach Peter Vermes never won the Open Cup as a player but SKC has claimed it twice (2012, 2015) during his coaching tenure, and he has stated that the first triumph played a significant role in the club’s capture of the MLS Cup the following season.

Instilling a culture of winning stems from doing just that, and twice SKC has prevailed in penalty-kick shootouts to claim the trophy.

This year SKC rolled through three knockout games without conceding a goal to reach the semifinals, in which it dispatched San Jose on PKs. It had battled courageously down a man to reach extra time against FC Dallas in the quarterfinals, and got a pair of goals from Latif Blessing to prevail, 3-0.

With the sale of Dom Dwyer to Orlando City, Vermes will be counting on players like Blessing and Diego Rubio, who scored in regulation against the Quakes, to parlay their Open Cup success into the regular season and playoffs. Yet he’s fielded strong teams throughout the competition to get this far.

SKC has established a tradition in its stadium, where it has won its two Open Cups as well as an MLS Cup, and what this game means to this team can be gleaned from a letter written by centerback Matt Besler to the fans. He sat out the quarterfinal, in which Seth Sinovic departed with an early red card and another defender, Ike Opara, suffered a serious injury. Yet still SKC prevailed with a decimated defense. 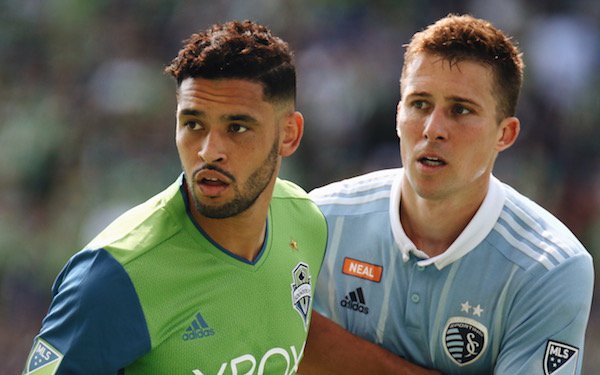 Besler’s letter, in part, read: “Like each of you, I was a spectator when the team battled down a man for more than 80 minutes against FC Dallas in the quarterfinals -- just a few days after our co-owner Neal Patterson passed away. I still get chills thinking about that game -- the way the team rallied against the odds and performed so tirelessly, so bravely. But it was only possible because you, the fans, propelled our guys across the finish line.”