When he served up a perfect cross that Brandon Vincent drove into the net with a diving header last weekend against D.C. United, Fire midfielder Arturo Alvarez registered just his second assist of the season.

That may seem a meager output for a player in his 15th year as a pro, and it’s true that his numbers have dropped sharply from last year, his first in a Fire uniform, when he scored five goals and contributed nine assists for a team that won just seven of 34 games and lumbered home last in the Eastern Conference. It was his first year back in MLS after four seasons overseas and also the first for head coach Veljko Paunovic, who got the job after leading his native Serbia to the FIFA U-20 World Cup title in 2015. 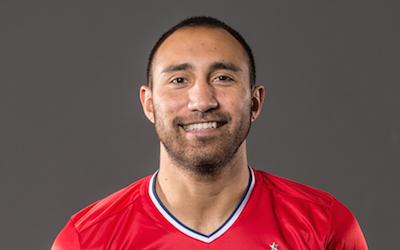 “For the coaching staff last year, it was all a learning experience,” says Alvarez, who started his pro career at age 17 as a Project-40 player.  “A lot of players had left. There were some veterans on the team, but maybe they didn’t have that much experience in MLS. It was a learning process and this year they got it right. I think it shows the improvement the team has made since last year.”

After a shockingly great start to the 2017 season fueled by the offseason additions of former German international Bastian Schweinsteiger and Nemanja Nikolic, the Fire slogged through an eight-game skid (one win, one tie, six losses) before rebounding with victories over Montreal and D.C United as well as a tie with the Red Bulls. In third place at 14-9-6 (48 points), it likely will end a playoff drought that began in 2013 and includes another last-place finish in 2015 and second-from-last the year before.

“He has had a fantastic attitude during the whole year waiting for the opportunity to come and it happened today and he was ready," said Paunovic, who turned to Alvarez with Schweinsteiger and Michael de Leeuwunavailable. "Obviously, all the players want to play, we know that and are aware of that, and they are accepting the role of having the right attitude when waiting for that opportunity to step up. That helps a lot and Arturo did that very well during the whole year and today I think he did a great job."

The team’s revival has shifted Alvarez from starter (24 of 30 games last year) to part-timer. The United game was just his eighth start of 20 appearances and along with his two assists he’s scored three goals. At 32, he’s staring into an uncertain future after a long career that includes stops in several MLS cities as well as Portugal and Hungary.

“We’ll see what’s happening at the end of the year,” says Alvarez, a native of Houston who had joined the U.S. Soccer U-17 residency program and selected by San Jose in the 2003 SuperDraft. “But this is MLS and in general for professional soccer, you never know what’s going to happen.”

Certainly that axiom applies to Alvarez, who played for the U.S. at several youth levels but when his prospects for the senior team ran dry, elected to play for El Salvador, the birthplace of his father. Jose Alvarez emigrated to the U.S. in 1971, settled into Houston’s large Salvadoran population, and raised a son who always seemed to be chasing down a soccer ball.

Arturo Alvarez started with the Quakes, which won their second MLS Cup in his rookie season. He didn’t play much (15 appearances, five starts) and bagged just one goal and one assist, but learned much about being a professional.

“I just want to thank [head coach] Frank Yallop for putting such trust and believing in me,” he says. “That gave me a lot of confidence. I went into to a great group of guys and I learned a lot from every single one of them. Living with Eddie Robinson and Richard Mulrooney and Ian Russell, that was just the perfect scenario for me.”

Yet as a domestic attacking player in a league that increased its demand for foreign stars through well-heeled expansion teams and aggressive ownerships, Alvarez put up decent numbers but never ascended to the elite level. Long-term stability eluded him.

He played four years in Dallas, went back to San Jose for three seasons, and then spent a year in Salt Lake City. Picked by Chivas USA in the Re-Entry Draft, he signed instead with Portuguese club Pacos de Ferreira, which in his second season loaned him to Hungarian club Videoton.

It was there he first met Nikolic, who with Alvarez providing service scored 21 league goals as Videoton won the 2014-15 Hungarian Nemzeti Bajnoksag title. Alvarez scored two to bring his tally for the club to eight in 55 appearances, but Videoton – which had previously converted his loan into a transfer – elected not to re-sign him.

“We had some good moments in Videoton and unfortunately I haven’t seen the field as much as I wanted to, but the times I do play I think Nico and I have linked up pretty well,” he says. “The game against D.C. we were looking for each other. There was one play where if I had continued my run it would have been a nice little one-two.

“Obviously, we’ve known each other for quite some time. We’ve been trying to help each other out and not only that, the most important thing for us is to win games.” 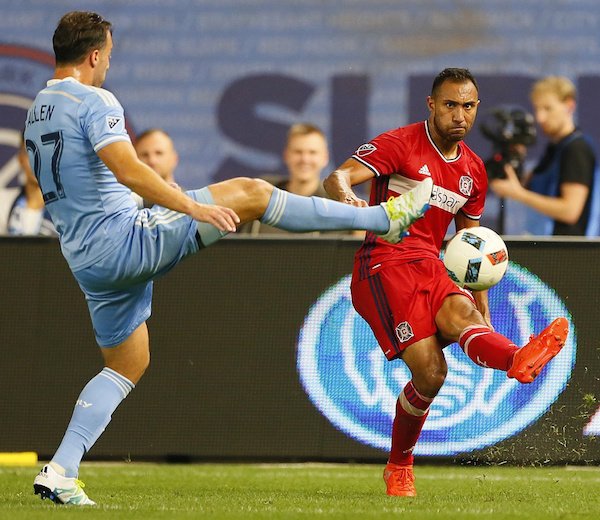 Szekesfehervar, the small city that is home to Videoton, is in central Hungary about 25 miles from Budapest and has a population of about 100,000. It’s a place very few Americans, let alone U.S. soccer players, know about, yet Alvarez counts it as among his favorite soccer experiences. The city served as the nation’s capital in the Middle Ages.

“It’s close to Budapest, the capital of Hungary,” he says. “It’s such an amazing city. It was pretty easy to live there. You could have sushi, Italian, you had all sorts of food. It’s like any major city in the world. I couldn’t find a Salvadoran restaurant but there’s quite a few Mexican restaurants and they even had a Cuban place.”

Released in the summer of 2015, Alvarez continued to play for El Salvador as he searched for a new club. He had played for the U.S. at several youth levels but when his prospects for the senior team ran dry, he had answered a call from Carlos de los Cobos, who was then in charge of the Salvadoran national team.

In 2009, his appeal to FIFA for a change of national-team allegiance was approved and right away he played a World Cup qualifier against the USA.

“I am an American, and would have been very proud to play for the United States,” he says. “But El Salvador made a very strong effort to get me and I am glad I made the decision I did.”

He has four goals and 43 caps but hasn’t been called in for nearly two years, and has thus shifted his focus to his club career. Very few domestic players his age can look back on 15 years as a pro, and if he deviated off the Project-40 path by playing for El Salvador rather than the United States, he certainly fulfilled its promise of opportunity.

“It’s difficult to say,” he says of his current status as a backup. “Like anyone else, everybody wants to be playing but the most important thing for me is that when I do come in and play, I do well. I always help e team in any way possible and it gives me motivation to stay on top of my game, because I know I will get opportunities and when they do come I will take advantage of them.”

Accepting his status as a role player on a good team is one more facet of taking what the game gives you. He and Nikolic were on the field and missed their penalty kicks when the Fire fell to FC Cincinnati in the U.S. Open Cup round of 16, which just happened to also be his 32nd birthday (June 28).

“That was a tough one to swallow,” he says. “It was a good game overall, two teams battling each other. At times it wasn’t pretty. Yeah, it was my 32nd birthday and to be on the field and playing on your birthday is pretty special.

“That is something great for the sport of soccer in the United States. It’s amazing to see a team like Cincinnati, that is not even in MLS but has a good shot at coming into the league and have that kind of crowd, that kind of following, is good to see.”