FIFA's Women's Player of the Year awards have always been a subject of controversy, but nothing like in 2017 as only one of the three Best Player finalists, Lieke Martens of the European champion Netherlands, would generally be considered to have ranked among the top players of the year. 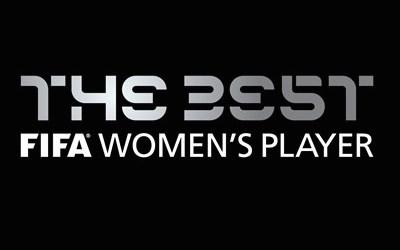 Lloyd, one goal for USA. Carli Lloyd has not had a terrible year -- she won the English Women's FA Cup with Manchester City and reached the semifinals of the UEFA Women's Champions League -- but nothing like in the two previous years with the USA.

Castellanos, eight games total. The most curious choice on the list of three finalists is that of Venezuelan Deyna Castellanos, a sophomore at Florida State.

Castellanos set the all-time record for goals in the U-17 Women’s World Cup with 11 goals as she scored five in seven games in 2016. The problem is those games don't count for the period under consideration for the Best Player award. FIFA switched its time frame from covering a calendar year (with voting taking place in late fall) to a window of Nov. 20, 2016 to Aug. 6, 2017.

Castellanos led FSU in goals with seven as a freshman, but even those goals came before the window opened. The Seminoles lost to Utah in the second round of the NCAA Tournament on Nov. 18.

Castellanos played in one of the two games FIFA lists Venezuela playing in 2017 -- a 3-0 loss to Mexico -- and she spent the summer with the Santa Clarita Blue Heat in the WPSL, an amateur summer league. The Blue Heat lists her as scoring five goals in seven games.

Kerr omission is glaring. Besides Martens, the obvious picks for the final three are her Dutch teammate, Vivianne Miedema, and Sam Kerr, who has tied the NWSL scoring record with 16 goals for Sky Blue FC and led Australia to the sweep of the Tournament of Nations this summer.

Hopefully, voters -- national team coaches and captains, media and fans -- will take notice of Kerr for next year. She just led the Matildas to a sweep of a two-game series that drew record crowds in Australia.

Football Federation Australia has even moved its men's cup final because of the conflict with a Matildas' friendly in November.