About to wrap up its third season at Yankee Stadium and still without any concrete plans for a stadium of its own, Newsday reported that MLS's New York City FC is about to respond to the request for proposals by Empire State Development, the state’s business development agency, to develop a site within the Belmont Park racetrack by Thursday's deadline.

The site is located in Elmont, just across the Queens border in Nassau County. It is comprised of two parcels totaling approximately 36 acres, currently vacant and underutilized parking lots.

Newsday reported that the site is not NYCFC's first choice though it has been seeking a soccer stadium since its launch in 2015 without gaining much traction. 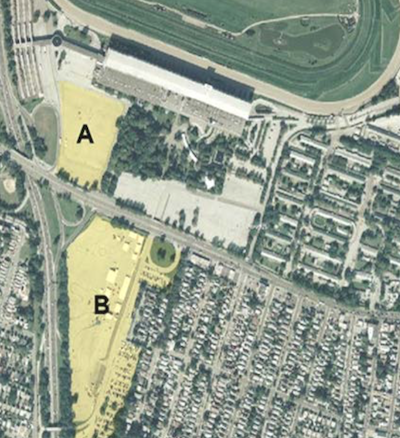 An effort by MLS to secure a site in Flushing Meadows-Corona Park failed as local groups, including the baseball Mets, opposed the idea of a soccer stadium in the area.

Melinda Katz, who is running for re-election as Queens borough president, supports building a soccer stadium over an ice hockey arena in Willets Point.

NYCFC's game against Houston Saturday in East Hartford, Connecticut, drew only 10,165 fans, its lowest crowd ever for an MLS match by a wide margin. It had to be moved to Rentschler Field from Yankee Stadium because of a conflict with a Yankees' makeup game on Monday.

Before the departure of their original owners after the 2016 season, the New York Cosmos Stadium pursued an RFP for a soccer stadium at Belmont Park. That RFP was cancelled in late 2016.