Bayern arrives in Paris for 'Battle of Systems'

With Paris St. Germain having spent about $470 million on the transfer market and Bayern Munich bosses defending its club’s frugality, the German media have dubbed Wednesday’s Champions League clash Experience vs. Transfer Insanity and a Kampf der Systeme – a battle of systems.

Paris St. Germain, bankrolled by its Qatari owners, bought Neymar for $260 million and Kylian Mbappe for $195 million (a figure that could rise to $212 million). 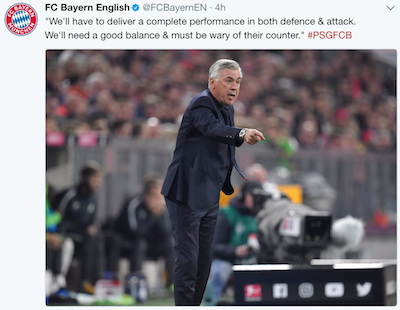 Bayern Munich, which won its last of five European Cups in 2013, exited the Champions League last season in the quarterfinals after three straight semifinals exits. PSG is coming off four straight quarterfinal exits and its best showing ever was a 1995 semifinal appearance.

“On the one side is a new-rich club, and us, the old rich,” said Rummenigge. “The pressure is mainly on PSG. Whoever spends so much money, must win the Champions League.”

Bayern spent about $100 million on new players last summer, about a fifth of what PSG shelled out.

“Everyone has their own philosophy, including Bayern Munich.” Rummenigge said. “We have been and are successful with ours, on and off the field.”

While even Bayern striker Robert Lewandowski criticized Bayern for not spending more on new talent, Rummenigge and club president Uli Hoeness have defended the way Bayern, winner of the last five Bundesliga titles, runs its business.

“A 100 million euro player is unacceptable for FC Bayern,” Hoeness told Kicker. “There will come a time when all those who have poured out so much money will have to bake smaller bread because the success the investors imagined will not have been attained.

“The investors will have had enough, and then our time will come. Then people will sing our praises because we will have success from our own work and resources.”

Bayern, which recently invested $80 million in its youth academy with the aim of producing its own talent, enters Wednesday’s game after tying VfL Wolfsburg in its last Bundesliga clash and, because of an early-season 2-0 loss to Hoffenheim, is in third place.

"We were slow, not compact enough and had no intensity,” said Bayern coach Carlo Ancelotti after the tie with Wolfsburg. “We'll have to play differently in Paris." 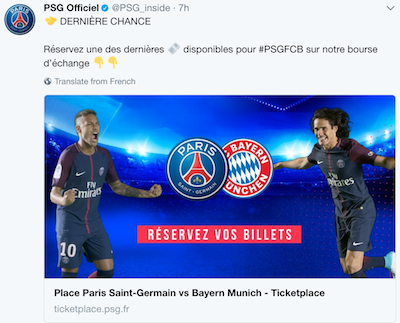 “Paris may have spent a few more Euros than we did,” said Bayern's Dutch winger. “That’s one of many differences between the two clubs. But it’s quality that scores goals. Good teams score goals.”