Of the 12 MLS expansion candidates, none currently draws more fans than FC Cincinnati. It has shattered all kinds of USL and Open Cup attendance records in 2017, but it has one big problem. It is a tenant at its home field, the University of Cincinnati's Nippert Stadium, and needs a home of its own. 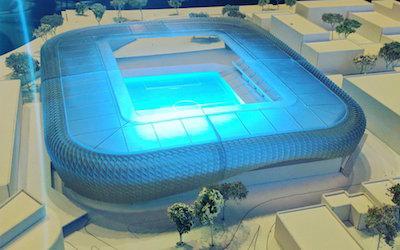 Backed by FC Cincinnati fans who marched to the  hearing, Jeff Berding, FC Cincinnati's president and general manager, presented the case for funding to help build a soccer stadium at a Hamilton County Commission hearing for "public input" into possible uses of funds for public projects. The ask for the various projects: $1.5 billion.

FC Cincinnati and its soccer stadium -- it has been looking at sites located in the West End and Oakley sections of Cincinnati and in Newport, Kentucky -- had lots of vocal support but it isn't the only project the commissioners are considering. Others include work needed on bridges and roads, the city convention center, government facilities, transportation and infrastructure projects, renovations to the city's football and baseball stadiums.

FC Cincinnati -- which is seeking $100 million for its $200 million stadium project -- faces an uphill battle. The history of subsidizing stadiums with public money -- NFL Bengals' Paul Brown Stadium and Great American Ball Park, home of the baseball Reds -- is not a good one.

Berding, a former county commissioner, made the argument that FC Cincinnati isn't the only group that needs support but it must be one of the first to get it, given MLS's deadline.

The league is expected to announce its next two expansion teams by the end of the year.