Benjamin Ziemer, one of four brothers of the renowned Northern California Ziemer soccer family, serves as the Sacramento Republic’s boys Development Academy U-19 head coach and U-17 assistant, and is a founder and the president of NorCal Premier Soccer.

Ziemer, who served as assistant to Hugo Perez on the U-14 and U-15 U.S. national teams that included a Christian Pulisic-led golden generation of youngsters, was 2016 Development Academy West Conference U-18 Coach of the Year. 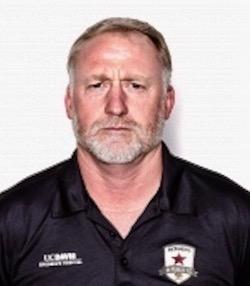 Start in soccer
My father, Herbert Ziemer, played soccer in a village in Germany and then moved to the United States and never played it again. But he raised us as soccer players. He was a school teacher and believed soccer was a great sport for kids. He helped start the Sebastopol Soccer League.

Backyard games
There were four of us, so we could play 2 vs. 2. We just embraced the game. Our father built a small field at our house with lights, with backboards on each end, and we’d play for hours. Friends would come over and we had a street soccer culture.

His brothers …
Marcus is five years older than me. He’s been the Sonoma State head coach for 27 years. Early on, my father started a camp for him that Marcus ran and my father supervised. At first, the rest of us attended the camps and when were we older we started coaching at the camp.

Andrew is a year older than me. He was the best player among us. He played for the San Francisco Bay Blackhawks but broke the fifth metatarsal in both feet and after surgery couldn’t play anymore. He is the Pleasanton Ballistic Director of Coaching and coaches its Development Academy teams. He works with NorCal education and the PDP program.

Christopher is the youngest. He’s the athletic director at Sonoma Academy and he’s their girls soccer coach. He scouts for U.S. Soccer. He was the director of Santa Rosa United for a long time. 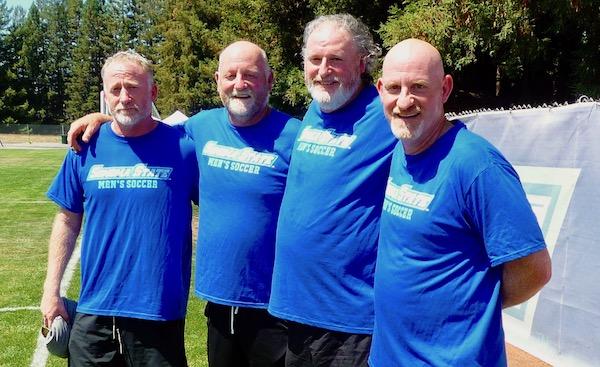 The 1991 Sonoma State team
Finished Division II NCAA runner-up, with Marcus as head coach. Generally Christopher played more of a No. 8, a box-to-box midfielder who scored goals and worked hard back and forth. Andrew played up top and I played off him in a 3-5-2. 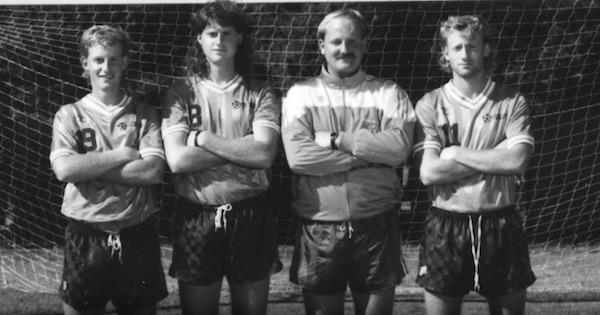 
Coaching start
When I was 14, I started coaching a pee-wee group at camp. And soon my brothers and I coached older kids.

Playing career
The San Francisco Bay Blackhawks offered me an apprentice contract doing laundry, which Christopher and another guy, Dave Kauffman, from our Sonoma State team took. I could have done the laundry. It paid $600 a month, you trained with the team, and had a chance to play if there were injuries, which they did. But I chose to finish school and graduate. I went to Germany and played Westphalia Herne 04. While I was there, I got my German DFB ‘B’ coaching license.

Enjoy most about coaching
One, it’s the best thing to do after playing. Two, teaching soccer, getting the team to execute, watching young players develop holistically. We have a different influence than parents, but an important one.

Don’t like about coaching
The sun beating down on my skin.

Coaching role models
The Dutch coach Frans Hoek. About 25 years ago, my brother Andrew met him outside of the fence at Ajax and started a longtime friendship and business partnership that has allowed us to learn from someone who’s gone from Ajax, to Barcelona, to Bayern Munich, to Man U, the Polish national team, the Dutch national team. He’s had a massive influence and allowed us to go around the world and see first-hand when he’s worked with these teams.

Peter Reynaud. We had the good fortune of Peter Reynaud moving into our area in the 1980s when he became coach of Sonoma State. He had been at Cal and Fresno State before moving to Sonoma State. He was aware of the soccer world and was a very good coach who ran very good training. He really changed the idea of the intensity of training, which is so important. Before him, most our coaches were parents who hadn't played the game.

Hugo Perez. His uncompromising vision on the way soccer should and can be played by American players. He insisted upon finding players who could play this style with our player selection for the 98- and 99-born U.S. Soccer national teams -- over three years. You can see the success of the players who began under his watch … Christian Pulisic, Jonathan Gonzalez, Haji Wright, Josh Perez, Nick Taitague, Edwin Lara, Tyler Adams, among others.

Mistake coaches make
I’ve had a few coaches who, however well-intentioned, the trainings were not enjoyable. So, I always thought I want everything to be enjoyable. It’s a hallmark of all my brothers’ approach to coaching. I believe the players should want to come to training. They should look forward to it.

Also, there needs to be an intensity to training. Address the physical, the technical, the tactical and still make it enjoyable.

Example of making training fun
“Fitness through games.” In Germany, there was the Bochumer training model. You set up a series of similar games, but you change the rules. Or you go 1v1 to 2v2 to 3v3 to 4v4. Highly intense games. Sometimes I do it with three teams, where one team is off, kicking the ball against the wall, and the other ones playing, and you change the rules. Two-touch, free, you have to beat a player before you score. Or a point for 10 passes, or for five passes. You're encouraging different things but using the game model. 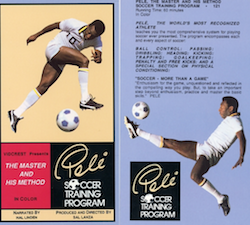 “Victory,” obviously, because that was the only mainstream soccer movie. 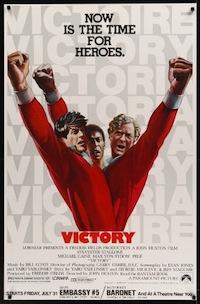 More recently, “Pelada.” They go and try and play street soccer around the world. I have myself walked through Europe with Shawn Blakeman with a ball just to meet people ... We played pickup in piazzas. ... I think pickup culture isn’t stressed enough by clubs. 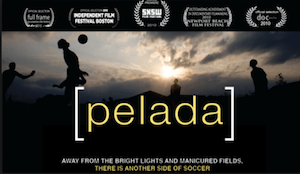 Soccer Books
Rinus Michels’ “Team Building.” I review it before every season. It’s really sound, from a soccer genius. Insight and philosophy on building a team, choosing a system of play, strengths and weaknesses of different systems. How to build a team environment. ... Also, “The Spanish Soccer Coaching Bible: Youth and Club” by Laureano Ruiz. 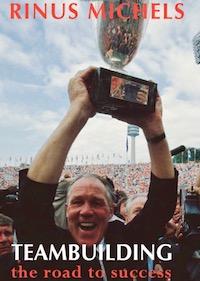 Favorite teams growing up
When I was growing up, the NASL San Jose Earthquakes without a doubt. I went to so many games. … The Dutch national team, maybe because my father admired Johan Cruyff. … Obviously, the New York Cosmos when they put everything together in the NASL boom years, the foundational soccer years for us.

Soccer you catch on TV
Barcelona, Real Madrid. I’m trying to watch more MLS. The Bundesliga, there are so many different styles and it’s sort of peaking right now as a league, a lot of exciting young players and a lot of good young coaches who are really aggressive defensively and offensively with or without the ball. I’m trying to watch Liga MX games when I can. You always want a broad perspective.