The future of the NASL in its current form could be decided on Oct. 31 or soon thereafter. That's when Federal district court judge Margo Brodie   is scheduled to hear  the NASL's case against U.S. Soccer for a preliminary injunction to keep its Division 2 sanctioning in place. 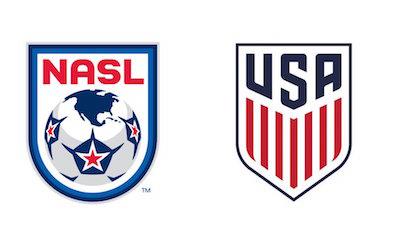 On a conference call with media on Thursday, NASL counsel Jeffrey Kessler stated the league's stance on possible operating scenarios:

The NASL's future depends on it getting preliminary injunction. "In order for the NASL to continue in 2018 and to grow and to survive," said Kessler, "it needs to obtain a preliminary injunction from the court to retain its Division 2 status. It hopes and expects and is optimistic that it will win that motion. But if it does not, it does not have any other plans, options, or pathways to continue in its current format in the NASL. It doesn’t mean that the lawsuit stops. The lawsuit is another story, but the league may not be able to continue.”

The NASL has no interest in playing with Division 3 sanctioning. Period. End of discussion.

The NASL has no interest in promotion/relegation at this time. ”This lawsuit will neither require that or preclude that," said Kessler, who added that a new league stripped of the requirement of U.S. Soccer divisional sanctioning could adopt pro/rel internally.

The NASL won't go rogue. Kessler said forming a pirate league -- outside the bounds of FIFA -- isn't a viable strategy. "You’re not going to be able to engage in player transfers, you’re not going to be able to play in FIFA competitions or any of the regional competitions on a club basis. Fans, sponsors, broadcasters will not give you credibility if you do not have a sanction."

The lawsuit for a permanent injunction will continue, regardless of the outcome of preliminary injunction. Kessler's essential argument is that U.S. Soccer is “a private organization without any government authority to regulate professional soccer" and therefore its divisional pro standards violate antitrust law. The suit over that could take 12-18 months, much longer than NASL owners have to decide how they proceed with the 2018 season.