A lot is wrong at Bayern, not just its coach

Well, Bayern Munich CEO Karl-Heinz Rummenigge wasn't fooling around when he said there would be consequences to Bayern's 3-0 loss to Paris St. Germain in the UEFA Champions League. 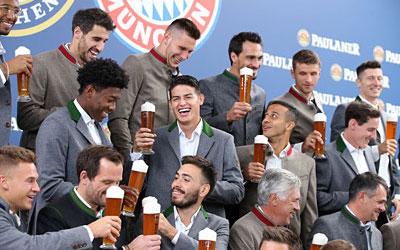 Bayern announced the decision "following an internal analysis" made on Thursday morning. "Our team's performances since the start of the season have not met our expectations," said Rummenigge. "We had to take immediate action."

It's still early in the season, and it's hard to imagine Bayern won't qualify for the knockout stage of the Champions League. It finds itself in the unusual position of being third in the Bundesliga, but it is still 4-1-1 after six games, just three points behind leader Dortmund.

There was a lot to be made of Ancelotti's decision to not start Mats Hummels and Jerome Boateng in the back against PSG or veterans Arjen Robben and Franck Ribery in the attack.

And Ancelotti's history of flaming out at big clubs was a major point of discussion: gone from Juventus, Chelsea, Real Madrid and, yes, PSG after two seasons. Now Bayern, two months into his second season in charge.

But it was only five months ago that Bayern was celebrating another Bundesliga title -- by 15 points -- and only a few weeks ago everything seemed to fine when Ancelotti and his players showed up at the Paulaner brewery for their annual Oktoberfest photo shoot.

But there were already signs of discord -- reports of a divided locker room and players unhappy with their roles -- but also concern that management wasn't taking seriously the task of keeping up with big-spending clubs like PSG, Barcelona, Real Madrid and the EPL elite.

"Bayern will have to come up with something and be creative if the club wants to keep bringing world-class players to Munich," striker Robert Lewandowski told Die Spiegel. "If you want to play on the front foot, you need the quality players."

Germany has a lot of fine young coaches -- 30-year-old Julian Nagelsmann from Hoffenheim is the name most often mentioned, though Thomas Tuchel, 44, is free after departing Dortmund -- but whoever replaces Ancelotti will inherit an aging team in need of replacements.

bayern munich, germany, international
4 comments about "A lot is wrong at Bayern, not just its coach".
Read more comments >
Next story loading