It isn't often that soccer makes "60 Minutes," the CBS news magazine show celebrating its 50th anniversary. Sunday's show will feature -- you guessed it -- Christian Pulisic whom it has dubbed"the future of American soccer." 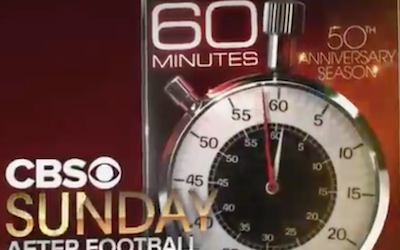 But it is rare that it has profiled a soccer player. In 2008, Anderson Cooper talked with David Beckham. Four years earlier, Leslie Stahl caught up with Freddy Adu as he began his first pre-season with D.C. United in Florida.

The stage on which Pulisic is spotlighted is just a little bigger: Borussia Dortmund's 81,000-seat Signal Iduna Park.