In the aftermath of dismissing Mark Sampson as English women’s national team coach, the FA has named under-19 coach Mo Marley to replace him on an interim basis.

Under Marley, the English women and the FA will move on. But will they move forward quickly enough to leave the Sampson scandal in the dust as the team ramps up for its qualification campaign for the 2019 World Cup in France? 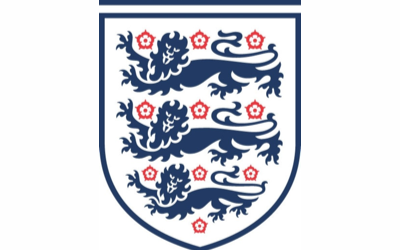 In naming Marley, who during her playing career captained England and has also managed Everton Ladies, the FA has taken a logical step to build on the success attained under Sampson. He guided England to semifinal appearances in the European Women’s Championship last summer and the World Cup two years ago. He was dismissed on Sept. 20 for engaging in “inappropriate and unacceptable” conduct with female players while managing the Bristol Academy club team. Sampson left Bristol Academy in 2013 to take the England job.

Said FA head of women’s football Sue Campbell, “This has been an extremely challenging time for everyone connected with the game but, given her vast experience, Mo is absolutely the right person to help guide us through.”

The FA decided to dismiss Sampson after FA chief executive Martin Glenn read the full report of what had occurred between players and Sampson at Bristol Academy. In a separate investigation, Sampson was cleared of allegations made by several England players, citing discrimination and racist comments.

In addition to managing the U-19s Marley, 50, served an assistant coach during the tenure of former England manager Hope Powell. Her first match in charge is a friendly against France this month and England then plays a pair of World Cup qualifiers in November against Bosnia-Herzegovina and Kazakhstan in November. In his last match in charge Sampson guided England to a 6-0 defeat of Russia to start the qualifying campaign.

“It will be my job to step in and ensure they stay focused on World Cup qualification,” said Marley. “We know these players are talented and I know they are capable of great things in the future.”

The shakeup comes at a critical time for English women’s soccer. Full-time professionalism is the goal for a revamped domestic league in 2018-19 and it’s unclear how many of the current 20 Women’s Super League teams, which compete in two divisions, can afford to make the transition.

For the current season, the FA has suspended promotion and relegation between WSL 1 and WSL 2, but in 2018-19 there will be clubs moving from the fully pro top tier and a national second division. The top tier is to be run by the FA and could include as many as 14 teams.

“This is the next piece of the jigsaw,” Katie Brazier, the FA head of women's competitions, told BBC Sport. “We want a really competitive league, so that results are more unpredictable.”

The English women’s game took a significant step forward at the Euros. Matches in the Netherlands drew large crowds as the host team took advantage of stumbles by favorites Germany and France to capture its first crown. A sellout crowd of 28,182 at the FC Twente stadium in Enschede iewed a seesaw final against Denmark that featured equalizers by both teams in the first half and eventually ended, 4-2. England had fallen to the Netherlands, 3-0, in the semifinals.

“We are making great progress on the international scene and we want to maintain that momentum and not lose any ground, because the Euros clearly showed that other countries are making great strides as well,” said Brazier.