Kasey Keller talks the hazards of the Hexagonal, plus TV, fishing, and Sounders' chances to repeat

Former U.S. international goalkeeper Kasey Keller, who accrued 102 caps from 1990 to 2007, is working for ESPN this week and will be in Orlando for the crucial Hexagonal game against Panama.

Since he retired from the Sounders in 2011 he’s worked as a broadcaster for the team and during the reign of former U.S. national team head coach Jurgen Klinsmann served as an assistant coach. The native of Lacey, Washington, lives in Seattle with his wife Kristin and their son Cameron. Daughter Chloe is studying at Northeastern University. 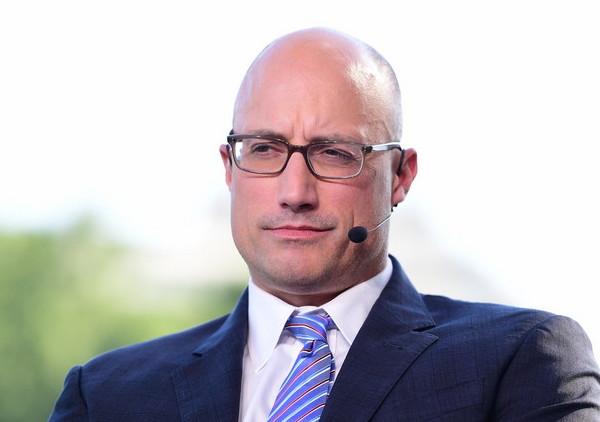 As a professional player, there’s two things you can control: effort and attitude. Neither of them seemed to be at the forefront for the U.S. team, at the Costa Rica game in particular. That’s the frustrating side.

If you look at how the U.S. has qualified during the last few campaigns, when the U.S. has needed players to step up and perform  on big occasions when that result was needed, the players found a way to get it done. This qualifying campaign, it hasn’t worked out that way, and they’ve got two games to get that right.

Olympic failures carrying over to the senior team. ‘A generational change.’

We didn’t qualify for the last two Olympics. That should be the core of the players qualifying for this World Cup. We haven’t been good enough at the under-23 level in the last eight years and those are the players who are pushing to get there. We’ve seen in Concacaf at those age groups, those players are transitioning to the [senior] teams and other teams in Concacaf have been better than us.

There’s a reason DaMarcus Beasley is still in the squad, and a debate as to whether Clint [Dempsey] should be starting. Where are the 26-year-olds and 28-year-olds? Well they didn’t qualify for the Olympics and therefore they’re not good enough in Concacaf. That’s a harsh reality of pro sports, that there’s a point in time where there is no sentiment.

Mexico should not have qualified for the last World Cup. If Mexico can’t qualify out of Concacaf, then why would the U.S. have a given right? You don’t and you’re going to have those issues and those times when you haven’t had players do what they needed to do.

Making time to hunt and fish along with the TV work. ‘They don’t call it catching.’

I’ve been fishing a lot actually. You brought up a sore subject. The lake that I live on, Lake Washington, opened up a Coho [salmon] season and they’re really hard to catch on the lake. We went out the last couple of days with a buddy of mine and he caught one and I lost one a couple of days ago and yesterday I had one right at the boat and my line broke. I’m still pissed.

That’s why they don’t call it catching, they call it fishing. Now the season’s over. The bass season’s over, too, but I had a very good bass season. I’ll admit that. Caught a lot of big bass.

I hired straight into the broadcast crew when I retired from the Sounders, and then I had to try and figure out on the national side. It was a decision between Fox and ESPN and I was very happy with the opportunities both of them gave me. Because I was doing every game for Seattle, the schedule with ESPN and the national team just kind of synced better.

When the season starts in March, I’m working every weekend until December. You are busy on the weekends but you do have some flexibility in the middle of the week to manipulate your schedule, which is nice. It’s a good combination.

The difficulties of defending a title. ‘Staying there is the hard part.’

We’ve seen it consistently and not just in our sport; the difficulties of following up a championship run and the hangover that comes. You’re going to lose players and there are going to be players who want more money or more playing time.

I remember sitting down and having a conversation with John Schneider, general manager of the Seahawks, after they won the Super Bowl, and I said to him, ‘John I’ve always heard that getting to the top is easy, staying there is the hard part.’

And he said, ‘Yeah, it’s amazing how many people knocked on my door and pointed out if it hadn’t been for this play at this time in the season we never would have got there and therefore I deserve this incremental raise.’

In MLS, you have to make decisions and the teams that aren’t successful get more allocation money and are able to do things, and your players are saying, ‘We won a championship and I was a big reason and therefore I should be paid accordingly.’ It’s frustrating and it’s tough and I think the Sounders went through a little bit of that the first three or four months, figuring out where they could go and where they couldn’t.

They’ve made some good acquisitions when they found some areas of weakness and when players got injured. I think Kelvin Leerdam has been a great acquisition and I think Victor Rodriguez has helped as well. 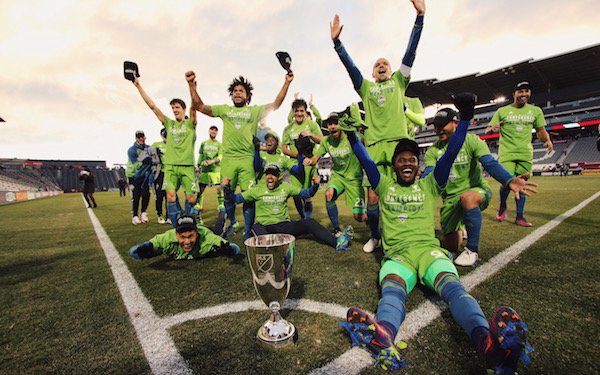 Where MLS and its teams stand as businesses. ‘You can’t force it.’

Stability is the key. You can’t be the Premier League overnight.

You can’t force it. You can’t overspend and put yourself into financial trouble just because you think you have to compete with whomever. You can’t do that. You have to be who you are and do it the right way.
You look the blueprint of Europe and you see these clubs that are institutions and these leagues that are world entities, and the way they do things and the buzz of it. But at the same time, you have to understand that most of our business owners are American business owners who have friends and family members who are sports owners in the other U.S. leagues.

Just the concept of spending millions of dollars to join a league and then not being a member of that league is just so foreign to their mindset. So I completely understand the reasons for no relegation.

Tweaking the MLS playoffs to enhance the regular season. ‘There’s no right answer.’

We all have different opinions about how to make things more relevant but having been in relegation fights, I’ll tell you there’s no better way for players to have experiences that will best prepare them for the next two World Cup qualifiers. So I understand it on both sides. There’s no right answer, there’s no wrong answer.