U.S. boys aim to springboard their careers at U-17 World Cup, like Pulisic and Co., before them

The USA kicks off its 2017 U-17 World Cup campaign against host India on Friday (10:30 a.m. ET, FS2, Universo) before facing Ghana on Monday and Colombia on Thursday.

Coach John Hackworth’s team will aim to become the first U.S. team to win a knockout-stage game at a U-17 World Cup since the USA finished fourth in 1999.

"We feel good about our chances at this tournament because of the success we’ve had over the last two years,” said Hackworth. “Team morale is great, the boys are loose, they’re confident. Our expectation is that we play up to and hopefully exceed the potential that our staff sees in them and they see in themselves. And if they do that, then I think we have a really good chance in this tournament.”

Besides aiming to at least exceed the previous U.S. run, a first-round exit under Coach Richie Williams in 2015, one hopes Hackworth’s team provides a glimpse future U.S. stars.

“This tournament is kind of a springboard for the rest of their career, especially the immediate next step,” said Hackworth.

Here's a look at how the USA has fared in previous U-17 World Cups and notable players from those appearances.

2015 Chile (host)
The USA exited in the first round after a 2-0 loss to eventual champion Nigeria, a 2-2 tie with Croatia, and a 4-1 loss to host Chile.
Notable Players: Christian Pulisic is already a starter for Borussia Dortmund and the U.S. senior national team. Auston Trusty, Luca de la Torre and Tyler Adams played for the USA at the 2017 U-20 World Cup. Adams has been starting for the New York Red Bulls this season. Brandon Vazquez has made 10 appearances off the bench for Atlanta United this season. Hugo Arellano has started four games for the Los Angeles Galaxy. Haji Wright is playing for German second division Sandhausen.
U.S. coach: Richie Williams.
Final: Nigeria 2 Mali 0 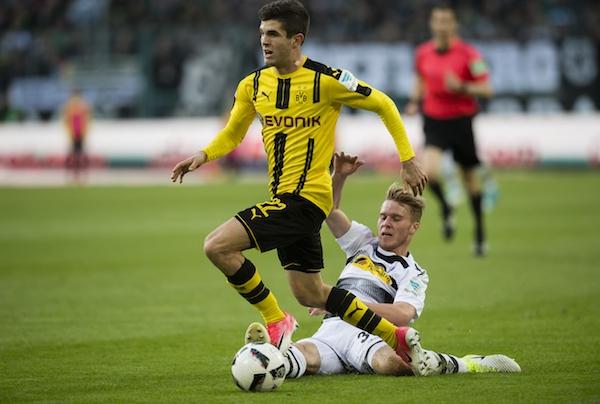 2011 Mexico
The USA opened with a 3-0 win over the Czech Republic, followed with a 2-1 loss to Uzbekistan, a 1-1 tie with New Zealand and, in the round of 16, a 4-0 loss to Germany.
Notable players: Kellyn Acosta (FC Dallas) and Paul Arriola (D.C. United after five years with Tijuana Xolos) are both part of the USA's 2018 World Cup qualifying campaign. Arriola played in the 2015 U-20 World Cup and Acosta played in the 2013 and 2015 U-20 World Cups. Dillon Serna is in his sixth season with the Colorado Rapids, for which he has played 69 MLS games. Jack McBean has made MLS 36 appearances for the Los Angeles Galaxy.
U.S coach: Wilmer Cabrera.
Final: Mexico 2 Uruguay 0.

2007 South Korea
One win (2-0 over Belgium), despite losses to Tajikistan (4-3) and Tunisia (3-1), was enough to send the USA to the second round, where it fell to Germany, 2-1.
Notable players: Brek Shea (Vancouver Whitecaps), now in his eighth MLS season, made 27 senior national team appearances in 2010-2015 and scored the winning goal of the 2013 Gold Cup final. Greg Garza (Atlanta United) has made 10 senior national team appearances. Faud Ibrahim represented Ethiopia at the 2013 Africa Cup of Nations. Sheanon Williams (Vancouver Whitecaps), Kofi Sarkodie (San Jose Earthquakes), Danny Cruz, now with USL Monarchs after seven years in MLS, and Zak MacMath (Colorado Rapids) made it in the pros.
U.S. coach: John Hackworth.
Final: Nigeria 0 Spain 0 (PKs, 3-0). 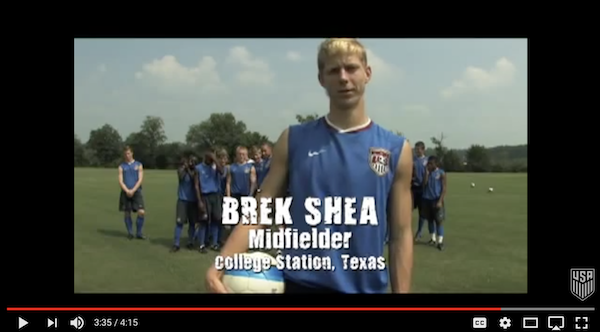 2005 Peru
The USA finished first in its group with wins over North Korea (3-2) and Italy (3-1) and a tie with Ivory Coast (1-1) but it fell to the Netherlands (2-0) in the quarterfinals.
Notable players: Current national team players Jozy Altidore and Omar Gonzalez were on the team along with Borussia Dortmund's Neven Subotic, who played for Serbia at the 2010 World Cup. The Farfan brothers, Gabe and Michael went on to have long pro careers. Gabe plays for the NASL Miami FC; Michael is retired.
U.S. coach: John Hackworth.
Final: Mexico 3 Brazil 0.

1999 New Zealand
For the only time, the USA reached the final four thanks to a 3-2 win over Mexico in the quarterfinals. The Americans fell to Australia, 7-6 in a shootout in the semifinals after their game ended 2-2.
Notable players: Landon Donovan won the Golden Ball as the tournament's top player, and DaMarcus Beasley won the Silver Ball. Other future World Cup players Oguchi Onyewu, Bobby Convey and Kyle Beckerman were on the team that was the first that had been in residency in Bradenton, Fla.
Coach: John Ellinger.
Final: Brazil 0 Australia 0 (PKs, 8-7)

1993 Japan
Judah Cooks' hat trick -- the first ever by an American -- gave the USA a 5-1 win over Qatar in its final group game to reach the quarterfinals, where it lost, 3-0, to Poland.
Notable players: Twot-time (2002, 2006) World Cup midfielder John O'Brien (who did not come off the bench in Japan), Chicago Fire keeper Jon Busch, who plays for NASL club Indy Eleven after 15 years in MLS.
U.S. coach: Roy Rees.
Final: Nigeria 2 Ghana 1

1991 Italy
First team to reach knockout stage thanks to wins over host Italy, Argentina and China but it lost in quarterfinals to Qatar.
Notable players: Albertin Montoya, the 2012 U-17 Women's World Cup coach. Mike Slivinski and Mark Jonas later in the year became the youngest players to represent the USA at the senior level, but neither earned a second cap.
U.S. coach: Roy Rees.
Final: Ghana 1 Spain 0.