Benny Feilhaber on his 'shock' call-up, what he adds to USMNT, what's at stake

Needless to say, Benny Feilhaber was surprised when he got called up for the USA's World Cup 2018 qualifiers against Panama and Trinidad & Tobago.

He had been resigned for a while to the fact he might not ever get called up to the national team again. In January 2015, he concluded an MLS media event by going off on an epic rant, accusing then-U.S. national team coach Jurgen Klinsmann of ignoring MLS players.

There was zero chance that Feilhaber -- who played 137 minutes over three January camps in 2012-14 -- would ever be called in again as long as Klinsmann was coach.

Feilhaber, 32, was one of several veterans who got another look when Bruce Arena replaced Klinsmann. He played in both national team friendlies at the beginning of the year -- and even set up Jordan Morris for the winning goal against Jamaica in Chattanooga.

But after that? Nothing. No call-ups for the next three World Cup windows or for the Gold Cup. No word at all from Arena. 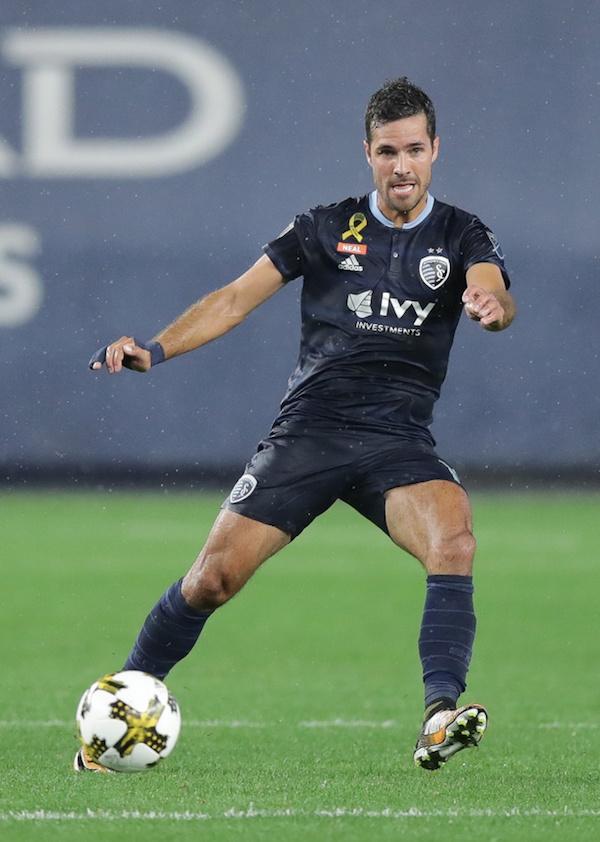 That changed in mid-September when Feilhaber got an email from the federation that he was the preliminary roster for the Panama and T&T games. He says he had just returned home from a Sporting Kansas City game but didn't tell anyone besides his wife.

"I honestly didn't think it would amount to much," Feilhaber said. Only when he got the news he was named to the final roster and a phone call from U.S. assistant coach Dave Sarachan did he call his parents.

"I can't stress enough how much of a shock it was for me," he said. "Once you accept it and you know it's reality, then you focus in like you've been coming in every camp. These guys are very welcoming. It's easy. I know a lot of them obviously from MLS and from previous camps. I'm just happy to be here and do my job."

Arena said he had been following Feilhaber all season with Sporting KC, which won the U.S. Open Cup and has been in the top four in the Western Conference all season, and thinks "that maybe there are situations where we can utilize his skills."

What he adds.
"I've always believed in what I can bring. When I did come in regularly for the national team, I always felt a great sense of pride in playing here. I was extra motivated whenever I was called in. It's nothing different for me. I know what the international game is like. I got a little more experience, a little bit older, and that can be a good and a bad thing but I feel confident that I can make a difference and help the team."

What he creates.
“I’ll just try and do the things that are my strengths, and that’s create opportunities for our strikers, our wingers. Try to combine in the midfield to try to open up space and try to get into the attack as well. If I’m called upon, those are the things I’m trying to do. At this point, it’s really anything that can help get three points is what’s important.

What's at stake.
“Obviously it’s crucial because it’s the last two games, but the Hex has been going for a couple years now. We’ve put ourselves in this position [needing to win last two games to be assured of clinching] where you can see it as a bad thing and a good thing. Obviously, we control our own destiny and that’s one thing we’ve been talking about a lot. We have to win at home against Panama to get into third place and secure it with the last game.”