I think of Clay Berling, who passed away on Thursday at the age of 86, every morning when I look out the window of our house at the Albany Methodist Church across the street.

I don't exactly know if he worked there on the very first issues of Soccer America -- at first Soccer West -- published in 1971 but for a time he used the Sunday school classroom of the church to put out the magazine.

I can't imagine how Clay could have done it in the early 1970s. He was taking a sport no one knew anything about and bringing it to life. There was no Internet to look things up. And nothing to look up since no one covered soccer. 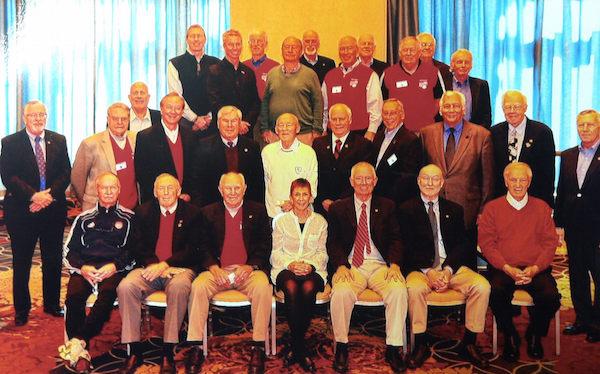 In the early years, Clay took anything anyone sent and published it. A few newspaper writers would send in stuff they couldn't get published in their papers on the NASL, which had less than a dozen teams until its first major expansion in 1974. There was little on the national team because it hardly ever played.

But you also learned of Neenah, Wisconsin, and Portola Valley, California, and other communities thanks to the stories on their burgeoning youth leagues in Soccer America. The same for the Dallas Longhorns and Oak Cliff Pirates, two trend-setting Dallas youth clubs if you could call a trend starting something from scratch.

I had gotten the soccer bug in the early 1970s and can still remember my first issue of Soccer America that arrived in my mailbox as a freshman at Colgate University. It was the 1973 college preview issue. It had story on Saint Louis University by Willy Keo, who chronicled the Billikens' 15,000-mile preseason tour of South America.

My first Soccer America stories a few years later had no travel component. Hartwick was the big college power in the mid-1970s and I'd listen to its games on the radio -- I didn't have a car or knew anyone who liked soccer to take me to Oneonta an hour away -- and then mail in game reports with four or five graphs I typed up. Clay treated them like gold.

Most readers knew Clay through his "Direct Kick" column in which he gave advice and encouragement to those working in soccer in the far flungs of the country. It was a lonely job preaching soccer, starting youth clubs or high school or college programs, but these pioneers discovered thanks to Soccer America that they weren't alone and others were -- lo and behold -- doing the same thing.

What Soccer America did do was show we got it and others also did -- that soccer was special and worth supporting even if no one else did.

Saddened to hear about the passing of @socceramerica founder Clay Berling. A true pioneer, his vision & passion leave a lasting impact.

That core belief took Soccer America very far. The business was a struggle for Clay for many years before becoming briefly quite profitable in the mid-1990s after the 1994 World Cup and before the Internet hit us hard.

Throughout it all, Clay was always very generous. Those of us who worked at Soccer America and weren't family always felt a little guilty he was paying us with the money he should have been saving for retirement or for a family vacation. But he allowed us to raise families and buy homes in the Bay Area, something that will be almost impossible for our children to do.

Clay was not a big spender but he always treated us well. Clay's favorite restaurant was The House of Prime Rib, still an institution in San Francisco, and he often took us there for our Christmas dinner. My wife Shirley worked as a receptionist at his State Farm office for several years, and Clay always took the entire office staff to Skate's, the nicest restaurant on the Berkeley marina, if someone had a birthday.

Long after he was no longer involved in the business, Clay would come to the coaches convention each January and spend long hours at our booth, telling everyone to read our e-eletters. What made it all worthwhile was hear someone tell him that they read Soccer America, going back to the old days, and thank him for what he did. 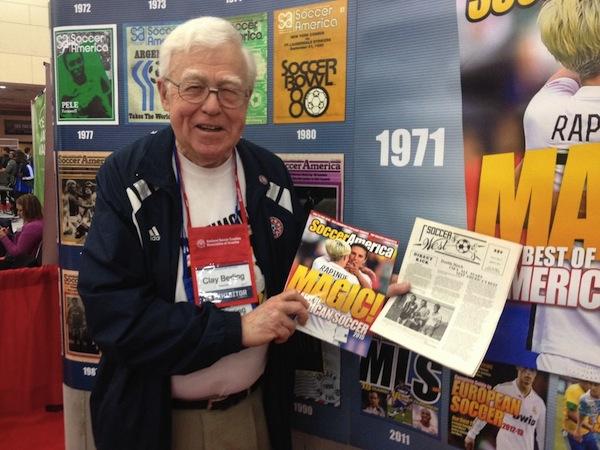 Clay would often tell the story of how he was ready to quit in the 1980s when he got a call out of the blue from Joe Morrone, the soccer coach at UConn, telling him how important what Soccer America did was for his program and for college soccer. How could Clay quit?

More than two decades after the Internet took off, Soccer America still continues in digital form, our small gift to Clay. Occasionally, I'll get a note of thanks from a coach or executive for what we do for the soccer community. I have to work incredibly hard, but I react the same way Clay did. How can I ever think of quitting?

Soccer is now a big business with billions of dollars invested in the game. A lot of people want a stake in the game, and the rhetoric has become quite divisive. Which Clay would have detested.

I've thought about it a lot in recent weeks as the question was asked, "Would soccer be better off if the USA didn't qualify for the 2018 World Cup?" What a foolish idea!

I was struck by comments from Real Salt Lake coach Mike Petke, who recently talked to FourFourTwo's Paul Tenorio about how he felt a "responsibility" to develop players for the national team. Some took that as evidence of a cabal between U.S. Soccer and MLS.

Having a national team as its common element is what separates soccer from other American sports and one of the many things that makes it so special. If you have been around soccer back to the days when it was not as big as it is now, like Petke has, you appreciate that responsibility.

Yes, Clay taught us many years ago that soccer is special.

For that we thank him.