After having had a car for 40 years, I have stopped driving, or rather stopped depending on a car. It's actually been very liberating.

During the week, I can get to most meetings by bus or, in a pinch, by Lyft or Uber. On the weekend, I can drive my car, which my wife uses during the week.

Otherwise, I get around the old-fashioned way, on foot. And see things I didn't see before.

On the way for my afternoon coffee a few weeks ago, I started noticing boys playing basketball at the playground next to their elementary school. Usually it was a group of six or eight and they seemed to spend more time dribbling the ball around than shooting. If I came earlier in the day, some kids would be playing basketball and others would be playing kickball on the baseball lines.

What quickly dawned on me: no one was playing soccer. I bet half these kids had passed through local soccer leagues but I didn't find any of them playing in PE, at recess or after school.

On Saturdays in the fall, I'll pass the baseball field next to another elementary school in town. The field is divided into six or eight sections for small-sided soccer games. Or what is supposed to be soccer.

It's usually a small group of kids chasing a ball with three or four adults hovering over them. It reminds me of playing musical chairs at a birthday party as a kid with parents standing over us to maneuver us into the available chairs.

Lots of kids play organized soccer, but far too few of them play anything resembling soccer and very few of them ever play soccer. On their own.

It's that backdrop that we must recognize as the starting base for any discussion of what's wrong with soccer. In the aftermath of the USA's exit from the World Cup, everyone is recriminating, seeking answers about what is wrong with the sport.

The reality is that the soccer many kids grow up playing in this country has nothing to do with the soccer played in most other countries. Kids don't play on their own or with friends, let alone play in the streets, and few parents know enough about the game to work with them.

To be sure, the latter is starting to change. Through the years, many national team players were influenced growing up by immigrant fathers who had a passion for the game. Now you have players who have two parents who grew up with the game. In the case of Christian Pulisic and Josh Sargent, both their parents played college soccer, and you see their natural understanding of the game. 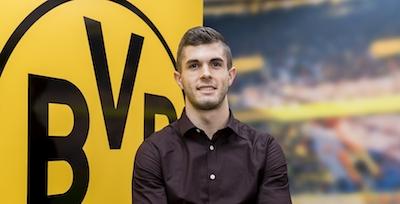 There are many reasons for the high cost of soccer -- fields, referees, uniforms, travel, paid coaches, administrative fees -- and so-called "pay to play," but so many of the problems of youth soccer stem from the fact that too few parents understand the game enough to step in and coach. They depend on paid coaches and don't question whether teams really need to travel or spend the money they are spending on uniforms.

My son grew up playing baseball -- and he is still playing in college -- and he never had a paid coach. I knew nothing about baseball other than to play catch with my son and throw batting practice to him, but I trusted his coaches, all parents who had played the game. He started playing travel ball when he was 11 but until he was 17 never traveled farther than an hour away.

There are many critical issues that need to be addressed at the elite youth level, in MLS and in the national team program to create more accessibility and require greater accountability.

But the pool of players that American soccer starts out with will remain far fewer than the registration numbers suggest if you don't take back control of the game from the soccer industrial complex and begin at the bottom:

-- You can't force your kids to play soccer at recess or after school or turn every basketball court into a futsal court, but make sure they have access to soccer balls and work with the school to have small soccer goals. (In this day and age, there's no reason for PE teachers not to make soccer an important part of their program.)

-- Step in and take charge of the organized soccer your kids are playing, beginning with their first league or club experiences.

-- Take your kids and friends out and play soccer. You don't need to rent a field or pay a coach.

-- Join the board of your local league or club and learn where the money is going. If the expenditures don't make sense, don't approve them. Learn what the field issues are in your community and lobby for soccer to get better access.

-- As your kids move up the soccer ladder, stay involved and use your best judgment. There will come times paid coaches and travel made sense, but don't accept them blindly.