Kaka: 'What I need right now is a new challenge and new motivation'

Kaka, the symbol of Brazilian-owned Orlando City since its arrival in MLS in 2015, won't return to the club after his contract expires at the end of the season.

Kaka became one of MLS's most visible new stars as the league brought in a wave of international signings in 2015. He was friends with majority owner Flavio Augusto da Silva and CEO Alex Leitao before he came to Orlando for its expansion season.

“We were friends first," Kaka said on Wednesday, "and the business relationship came after, so it is sad this cycle is finishing, but it is time. They trusted that I could be an important piece of this project, to establish Orlando City in MLS and to have a leadership role." 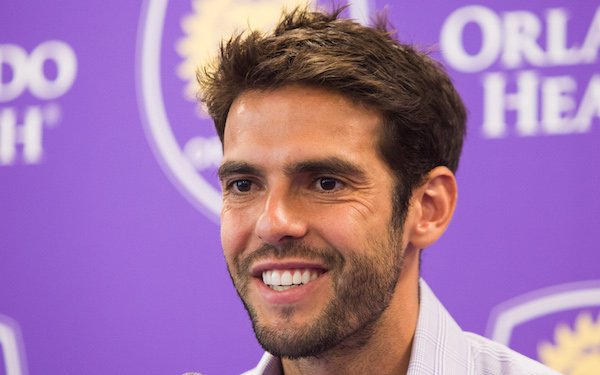 Kaka was a three-time MLS all-star but he could not lead the Lions to the MLS playoffs. They are the first expansion team since Toronto FC (2007) that did not make the playoffs in its first three seasons.

Injuries hindered Kaka in 2017, and Orlando City often played better with him on the field. He is expected to return to Brazil though he did not say whether he played on playing in 2018.

A 2015 divorce separated Kaka from his two daughters.

“Family is very important for me," he said. "Living in a country different from my kids, this is something I have to put on the balance as well. But I think what I need right now is a new challenge and new motivation, so this is the most important thing for me, and what I am basing my final decision [on].”