The short-term future of the U.S. national team will be clear on Friday, when U.S. Soccer president Sunil Gulati will conduct a conference call with reporters to discuss what happens in the wake of its elimination from World Cup qualifying.

But before we throw the last shovelful of dirt on Hexagonal 2017, and the second and very brief tenure of head coach Bruce Arena, there has to be one more rehash of what transpired in front of a few thousand fans Tuesday night.

Yes, the Americans came out flat and sluggish and apparently convinced that the 4-0 blowout of Panama had set them up to cruise past T&T and set sail for Russia. And there’s a modicum of rationale to justify Arena’s selection of the same starting XI that had pummeled Panama. Not broken why fix it? 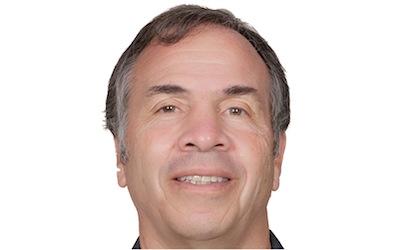 But the previous nine games had proven that something was most definitely broken, and even the rout of Panama had been marred by defensive breakdowns that could have been, and should have been, punished. And the situations were vastly different; against Panama, the U.S. needed a victory to get badly needed points and an impressive display to restore confidence. In Couva, forget the trickiness of playing for a tie, the objective should have been to shut out T&T, nothing else.

One of my high school football coaches preached this from the very first day of practice. “If they don’t score, we can’t possibly lose.” For the USA, a shutout Tuesday would have guaranteed a World Cup slot.  Shutouts are much rarer in football than soccer, and in knockout play you can shut out the opposition and still lose, albeit on penalty kicks rather than in overtime.

In such a scenario, what is gained by taking the field as did the Americans? Choosing not only the same players but basically the same system – a 4-4-2 functioning like a 4-3-3- -- made zero sense, and while perhaps nothing could have salvaged the necessary result given the languid and sloppy individual performances that ensued, the fact is that Arena made no adjustments to maximize U.S. chances to advance.

In short, take the field to get a clean sheet, squelch T&T in a 4-2-3-1 or 4-5-1 or whatever, and look to score on a counter or set play. If that means benching Jozy Altidore or Bobby Wood, so be it. I can’t believe that a fired-up Dax McCarty and/or experienced Alejandro Bedoya would not have ratcheted up the pressure and intensity in midfield, where the offensive prowess of Darlington Nagbe and Paul Arriola – who were essential against Panama – was not the needed ingredient.

Yes, the first goal came off the foot of defender Omar Gonzalez and there’s no tactical remedy for such an egregious mis-hit, nor is there one for the incredible Alvin Jones strike for the second goal. And the inexplicable malaise might have produced the same outcome with different personnel.

Unfortunately, the Americans took the field Tuesday with the same casual attitude they displayed a day earlier when they arrived for training with the running track and a portion of the surface submerged. Players hopped through puddles, waded gingerly, or took piggyback rides from teammates, laughing at the absurdity of it all. This was the mood of a picnic, not a World Cup qualifier. Isn’t game mode supposed to activate the day before, regardless of circumstance?

The case can be made that playing for a 0-0 tie can backfire if the opposition scores late. But defending can be aggressive as well as reactive and a team that forces turnovers can quickly turn them into scoring chances. In any case, lineup changes and directions from the coaching staff of how to throttle T&T could have pushed the Americans to Russia.

Instead, the U.S. destiny wound up in the hands of others and it paid dearly for a cardinal sin. In a vital match, the Americans failed to deliver on those elements they can control: effort and attitude. They were punished by forces beyond their purview: weather, crowds, funny bounces, refereeing glitches, and in the end got exactly what they deserved: bitter disappointment. This may be one of those times when the fickleness of competitive sports rules the day and no solid explanation can be discerned. But sad to say, it's painfully clear that during the Hexagonal too many players didn't want it badly enough.

Credit to Arena for owning up to his role in the debacle. His great accomplishments at Virginia, with D.C. United and the Galaxy, and his first national team stint had previously only been tainted by a rough tenure with the MetroStars. Now he’s also burdened with a last game in which the effort as well as the result fell well short.

And along with that comes the most troubling question of all: If the best coach in the history of American soccer can't do better than fifth in the Hexagonal, what the hell is wrong with the players?