Is compensation from pros to U.S. youth clubs on the horizon? Attorney Lance Reich provides an update on the quest

One of the unresolved issues during these tumultuous times in American soccer is the quest by U.S. youth clubs to get compensated for their former players who go pro, as is common throughout the world.


When, for example, Germany’s Bastian Schweinsteiger moved from Bayern Munich to Manchester United in 2015, the village club he played for 17 years earlier, at ages 12 and 13, received $42,000.

Compensation to youth clubs, stipulated by FIFA’s Regulations on the Status and Transfer of Players (RSTP), but not implemented in the USA, comes in two forms:

Training compensation: a fee from the first professional club that signs a player to the youth club(s) the player played for after his 12th birthday.

Solidarity contribution: a percentage of a player’s transfer fee that goes to any club that has contributed to the player's “education and training” from the player’s 12th to 23rd birthday, as in the Schweinsteiger example.

U.S. youth clubs’ quest for compensation, which they say will help combat the pay-to-play problem, has ramped up, notably when Crossfire Premier filed a complaint with FIFA's Dispute Resolution Chamber in 2015 after Crossfire did not receive a portion of the transfer fee when its former player, DeAndre Yedlin, moved from the Seattle Sounders to Tottenham Hotspur for a transfer fee reported to be about $3.7 million.

Crossfire would be entitled to a solidarity payment of about $60,000, according to FIFA's RSTP. Tottenham agreed to pay Crossfire but the English club was directed by U.S. Soccer to send the funds to MLS, according to Crossfire. (U.S. Soccer has said that U.S. anti-trust laws prohibit it from enforcing FIFA’s RSTP and that "aspects of the RSTP system … are of questionable legal validity in this country.")

SOCCER AMERICA: Can you update us on the state of U.S. youth clubs' quest to get solidarity payments? It was reported in August that the Crossfire/Yedlin case was on FIFA's Dispute Resolution Chamber (DRC) docket?

LANCE REICH: The Yedlin case, in particular, is waiting to be decided by a three-judge panel. Normally one judge decides fee disputes, but I am told that because it involves the United States in a novel award situation, the decision will be precedential in nature and consequently needs the larger number of judges.

That it’s "on the docket" means that it is in the active queue of cases to be decided. I suspect that it will be the first case decided, but I know that other clubs in the United States have also filed DRC complaints in addition to the clubs that I represent. I suspect there are at least 10 to 15 cases currently pending involving U.S. player international transfers. We are awaiting a decision any day in the Yedlin case. 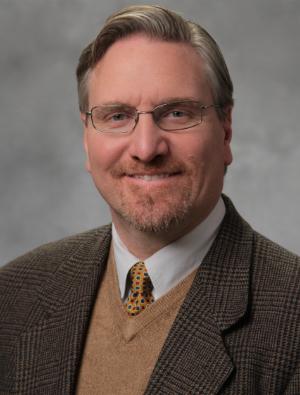 SOCCER AMERICA: How close do you think U.S. youth clubs are to receiving solidarity payments or training compensation?

LANCE REICH: One has to remember that we are speaking about solidarity fees and training compensation in two different circumstances: (1) where the U.S. player leaves or returns to the United States; and (2) for potential domestic U.S. player sales and signings.

FIFA rules govern player transfer between national associations; so that also includes player transfers between the United States, Canada, and Mexico. I think it is very likely FIFA will soon award solidarity fees for the international transfers, such as with Yedlin, Michael Bradley, and Clint Dempsey, and training compensation claims for players like Rubio Rubin and Christian Pulisic, who signed their first pro contracts abroad.

Whether or not the USSF [U.S. Soccer] helps with U.S. youth clubs in collecting the fees remains to be seen. In the past, the USSF has outright blocked the payment of the fees, such as in the Yedlin case, and threatened youth clubs with sanctions if they have sought to obtain the fees or go to the DRC.

But the dialog has certainly been changing, and recent events may change it more. With respect to the domestic issue, we have to come to an agreement with USSF and the other actors in our soccer federation, like MLS and NASL, on some type of domestic system as we don’t have one in place in our rules. The FIFA rules do request that national associations implement a version of the FIFA solidarity system to encourage their youth soccer systems to produce quality players.

SA: There was a meeting in October 2015, hosted by U.S. Soccer, that included representatives from MLS, the MLS Players Union, NASL, USL, youth clubs and the U.S. Soccer Development Academy. Has there been any progress since that meeting regarding any kind of agreement on how the professional leagues may give financial support to youth clubs?

LANCE REICH: There were two meetings actually, one in October 2015, and one in May of 2016. The conversations had been productive, but things unfortunately broke down when threats of antitrust lawsuits were made for either enforcing the international FIFA system or creating a domestic system.

Now, with clarification from a district court, the U.S. youth clubs no longer fear a lawsuit and do intend to move forward.

Another important thing to note is that at the meetings, we discussed (1) international transfers and the current rules; (2) the creation of a domestic solidarity system, and (3) compensation from the USSF to U.S. youth clubs that send players to the national teams, both men’s and women’s. (Note that the FIFA rules on this don’t apply to female players).

While antitrust concerns -- valid or not -- could apply to the first two issues, the USSF directly compensating U.S. youth clubs has no such concerns.

SA: Youth clubs would receive payment from the U.S. Soccer Federation when their former player gets called up to the national team?

LANCE REICH: In particular, we were discussing a “USSF youth discovery program” that would be similar to training compensation for men and women’s first signing to the national teams. At the signing to the teams, the youth clubs for the player from age 12 to 23 (before that player signed a first pro contract) would get a one-time payment of a scholarship donation that could only be used for scholarships or other soccer-related items, with a set fee for each year the male or female player was at the youth club.

We didn’t agree on a specific amount, but used as an example $2,500 per year the player was with the club. And that fee would double with the next player (male or female) who signs to the national team.

I bring this potential national youth discovery system up as it’s something the USSF can do immediately with no antitrust concerns, treating male and female players equally, and the USSF certainly has the money available to allocate to the program. It would be a very good start towards both reforming pay-to-play and rewarding the producers of talent to our national teams.

LANCE REICH: It definitely is a piece of the puzzle to help alleviate the financial burden, but it is not the answer by itself. I do know that my clubs all intend to use any money they win expressly for more player fee scholarships, and despite some commonly held opinions I hear, my clubs try to give economic need-based fee scholarships out first before the player merit fee scholarships. …

I will give you a true story. I have family in rural Montana that I was visiting over the summer and I was in a very small town (population: 1,645) eating dinner in their largest restaurant. The manager of the restaurant is also the manager of their town soccer team and had been following Crossfire’s case and the youth clubs seeking solidarity fees and training compensation.

He knew who I was and asked me if I thought my clubs could win our case in the next few years as he has stellar girl player who is a freshman and he is sure she will ultimately go pro.