A 5-0 win over Paraguay sends the USA to the U-17 World Cup quarterfinals, where it will face the winner of Tuesday’s England-Japan game.

A big-time victory
The USA’s win marked its first victory in the knockout stage of the biennial U-17 World Cup since the Landon Donovan-led USA finished fourth place in 1999. Coach John Hackworth’s team, which in group play beat India (3-0) and Ghana (1-0) before falling to Colombia (3-1), also became the first U.S. team to win three games at a U-17 World Cup since 1999.

The hat trick hero
Tim Weah, the son of 1995 FIFA World Cup Player of the Year George Weah, who is currently in a run-off to become president of Liberia, was born in Brooklyn, New York. He lived in Florida until at age 9, when the family moved back to New York, where he played for BW Gottschee and the New York Red Bulls Academy. In August 2014, he joined the youth program of Paris Saint-Germain, where his father starred in 1992-95.

Paraguay came out strong but the USA took the upper hand after Weah’s first goal. Josh Sargent chested a ball back to Andrew Carleton near the center circle. Carleton’s one-time pass sent Ayo Akinola down the right flank and Akinola drove a low ball across penalty area. Weah sped past his marker, Jesus Rolon, and struck with his left foot into the low corner.

Weah’s second was one of the best strikes of the tournament. He faked out Rolon and unleashed from 24 yards a curling shot high into the far corner of the net. He completed the hat trick with a smooth strike from 10 yards. 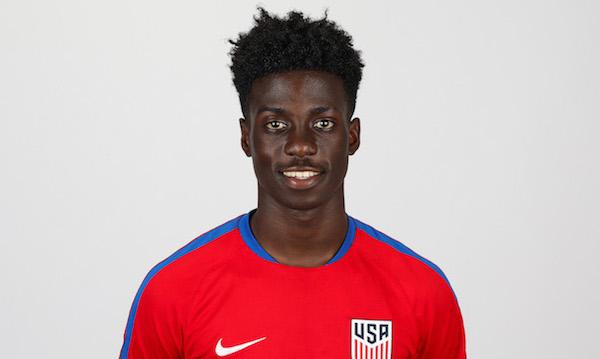 The playmaker
Andrew Carleton, the Atlanta United Homegrown signing who had already been the USA’s key midfield orchestrator in the tournament, had a career game against Paraguay.

In addition to helping set up the first goal, Carleton scored the USA’s third with a low 16-yard strike. He shrugged of a midfield challenge from Braian Ojeda and sent a defensive-splitting pass to assist on Josh Sargent’s goal that made it 4-0. And Carleton delivered the pass for Weah to complete his hat trick.

Captain Sargent strikes
Sargent, the U-20 World Cup Silver Boot winner previously limited to a penalty-kick goal in the opener against India, scored his first from the run of play, slamming home a shot off the underside of the crossbar.

He also superbly set up Carleton’s goal. Fed by Akil Watts, with three defenders converging, Sargent, at the edge of the goal area, spun away from the goal with two touches and laid it back for Carleton. 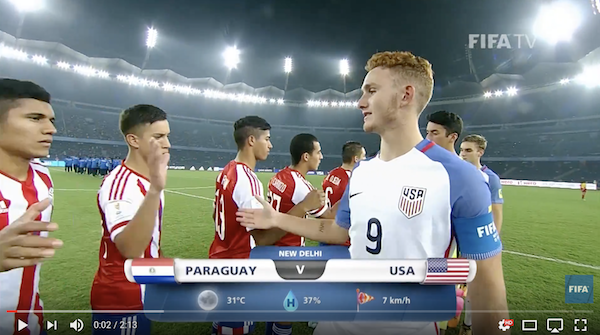