John Hackworth: 'We have some potentially world-class players'

After the USA’s 5-0 win over Paraguay in the round of 16 of the U-17 World Cup, U.S. coach John Hackworth  spoke about his players bouncing back from its loss to Colombia in the final group game, its performance in the wake of the senior national team failing to qualify for the 2018 World Cup.

“I’ve always thought they've had an excellent responses whenever they have a performance that isn't up to our standards,” said Hackworth, whose team opened with wins over India (3-0) and Ghana (1-0) but advanced as a third-place team because of the 3-1 loss to Colombia. "I’m so proud of these guys. They’re fun to coach. It’s good.”

Before the Paraguay win, Hackworth said his team had played “five really good halves.” The bad half came in the second against Colombia in a game played the day after the USA failed to qualify for Russia 2018.

In the postgame press conference after the win over Paraguay, Hackworth was asked whether the victory, the first U.S. knockout stage win at the U-17 World Cup since 1999, compensated for senior team’s failure. 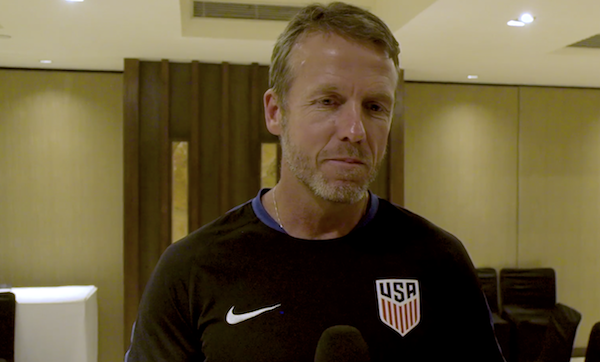 “I don't think anything is going to take away that, and it’s a different level,” said Hackworth. “I would say that we talked about that internally when that happened as a team and I told these guys that the responsibility was falling on them now to give hope to our country and to all the good work I think we're doing with the national team programs.

“It's easy when you have a bad result for everyone to think so negative, and no more so than when you miss a World Cup. But hopefully with this performance tonight we've shown our country and the world that we're a footballing nation and we have some potentially world-class players like the gentleman sitting next to me [Tim Weah].”

Hackworth added: "I think [the victory] validates the fact that this group of young men and that this particular pool of players we have in the U.S. right now is a special group. I think it also validates the fact that player development in the country is on the right path. This is a team that has quality, that is coachable, that has the grit when it comes to these kind of games. If you look at the goals that we scored tonight, it’s hard to argue that some of those weren’t world class."

Weah’s hat trick included a magnificent 22-yard shot, one of the best goals of tournament so far. 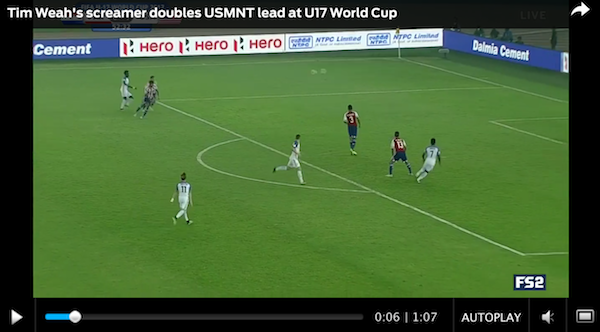 Speaking of Weah, Hackworth said: “This young man did it all and the goal, by the way, wasn't brilliant, it was world-class. I’m sure a lot of people are taking notice.”

In quarterfinals on Saturday, the USA will face the winner of England-Japan.

“I don’t know what to say,” Weah said. “I just cut back and my striker instinct told me to hit it. It ended up being a beautiful strike. Without the pass coming from [Indiana Vassilev], I wouldn’t have created the space to score this goal. I really thank him. I don’t score a lot of beautiful goals, most of my goals are tap-ins -- a striker’s real goal -- but today I’m just so excited to have scored a brilliant goal.” 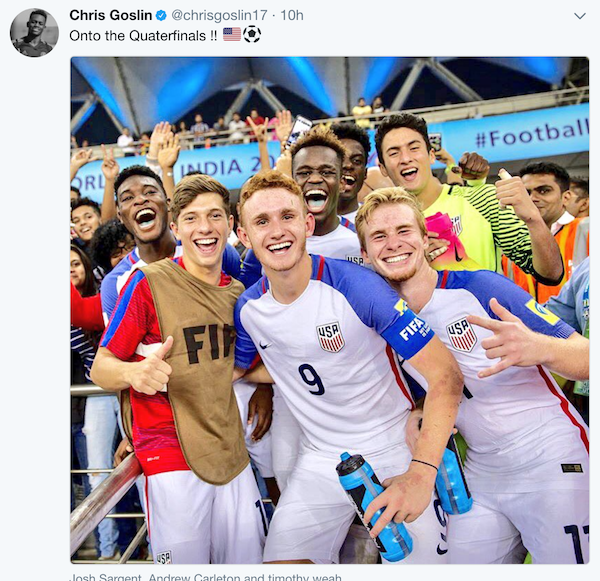 “I was just so excited,” said Weah. “It’s one of those shots where you just hit it and see where it goes, but the form that I used to shoot it was just perfect and I thought ‘Wow, what a one in a million chance to be in a World Cup and score an amazing goal like that.”