The majority of American soccer fans probably know the name Kevin Payne from his long tenure (1994-2012) as general manager and then president of D.C. United as well as his time with Anschutz Entertainment Group (AEG), but he played soccer and way back in 1989 he became the national administrator and director of marketing for the U.S. Soccer Federation, and in 1991 he moved onto Soccer USA Partners.

For 10 months, he was president and CEO of Toronto FC, and in January, 2015, he was hired as CEO of U.S. Club Soccer, formed in 2001 as an alternative to U.S. Youth Soccer. Payne is vice-chairman of the U.S. Soccer Foundation and has worked on committees of MLS and U.S. Soccer. 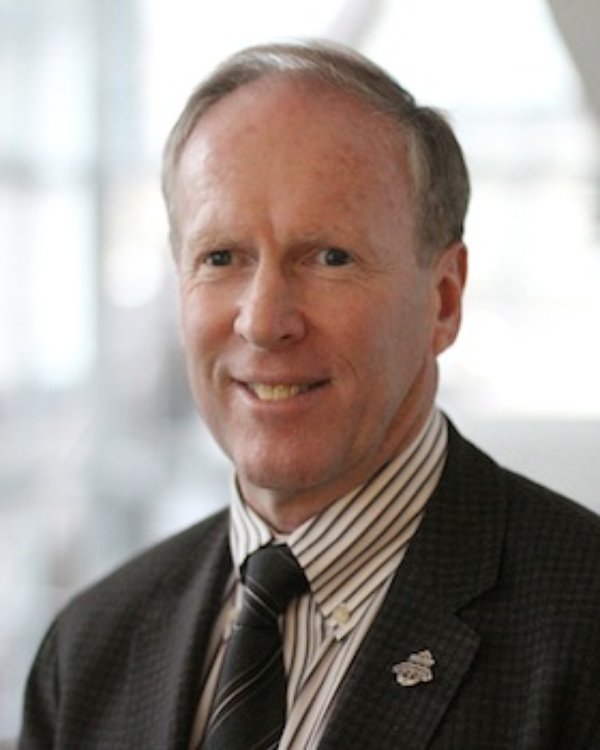 What’s your evaluation of the current mood surrounding the federation and president Sunil Gulati?
It makes me a little crazy that everybody’s freaking out shouting, “Off with his head! Off with his head!’ I don’t think our failure to qualify means we’re doing everything wrong and I also don’t agree with people who look at our results in the U-17 [World Cup through the first four games] and say we’re doing everything right. I think it’s somewhere in the middle.

I think the task is a lot more complicated than people want to give it credit for. People want to believe it’s simple. It’s been a failing at U.S. Soccer that we’ve always had this attitude that if we just discover the one thing that we’re not doing, we’ll be fine. It’s not one thing, it’s a number of things particularly in the way we do things, that we have to change. And it’s going to be hard.

You’ve known Sunil Gulati for a long time and worked with him on many projects. Where does he stand?
He’s been an extremely influential part of the U.S. Soccer since the mid-1980s. As a result of that, he shares a very large amount of the credit for the things that have moved us forward. Unfortunately, he also shares some of the blame for the disappointments. And he would probably say this too, he gets too much credit for the good things and too much blame for the bad things, which is kind of the way it works, because people want it to be simple.

Many people called for him to resign and he hasn’t. Should he?
I don’t think Sunil resigning does anything to help the process. That’s as a starting point. I think Sunil still has great value to U.S. Soccer and if he doesn’t run, it shouldn’t be because we didn’t qualify. If he chooses not to run, it should be for bigger reasons than that.

I made some fairly specific suggestions to him but I don’t want to share them publicly because I don’t want it to seem like I’m pressuring him or he may have a different idea.

What does U.S. Soccer need to address most urgently?
I haven’t heard a lot of people -- publicly at least -- talking about the need to completely re-imagine the way we develop players. There are some people have been saying that behind the scenes, and our organization has been saying it and some others. I’m in meeting with some of those people.

There are a lot of people right now that just feel a need to make noise because that’s what expected of them or in some cases that’s what they’re paid to do. I haven’t heard a lot of constructive comments from them. One of the guys on one of the networks went into this almost hysterical rant and then at the end of it actually said, ‘I don’t know what to do, I just know something needs to be done.’

Well, thank you very much for that. That’s quite useful.

Everybody has a theory about the best way to develop players. In your mind, what are the key elements of refining the system we have in place?
I feel strongly that the way forward is going to be found through better collaboration and the federation needs to make a very conscious effort to seek out thought leaders and influencers and not only try to convince them of what it wants to do, but make them a part of the process of determining what they should do.

There’s an awful lot of experience out there in our country and outside of our country. It’s not all in Soccer House.
The problem with everybody -- I don’t care who they are or where they’re from or now much success they’ve had -- they start trying to think of, ‘How do we scale change across the scope of the soccer landscape here?’

It’s very, very daunting. The magic in a lot of this is really in the process. How do you effect change and who needs to change? It’s not, ‘Should we be teaching this at this age and this at that age?’ Whatever it is we decide what we need to do, how do we convince a majority of the stakeholders in youth soccer to do it?’

Eric Wynalda is someone who’s been calling for a complete revamp of the system for some time. Is he on the right track?
I’ve talked to Eric about some of this stuff and I agree with him about it, but the easy thing is to say, ‘This is what is happening. Why don’t you do it better?’

So what’s a good starting point?
There are huge constituencies. I still think the biggest task in front of us all is convincing parents of what it is they should be looking for in their kid’s soccer experience. It’s not easy but it’s never going to change if we never attempt to change it.

We’re not telling you to stop trying to make a living at this. We’re not telling you to blow up the pay-to-play model, because we’re not naive. We don’t think that’s going to happen. What we’re saying is there’s no reason within the pay-to-play model that you can’t do things the right way. You begin with needing to convince the people who are paying what the right way is. And that’s not an impossible task.

Pay-to-play is taking a lot of heat but how many people have any idea of what the numbers really are?
Tell me anything or any place that isn’t pay-to-play. Every soccer player who’s reached a decent level in Germany, somebody’s paying for that. That’s not free. The only question is: ‘Who pays for it?’ They have an economic model in which they’re generating enough money through television rights and so forth that the bulk of that expense is being borne by the professional clubs and the DFB itself. We’re not there yet.

We did a survey this year to our membership and we got a very significant level of response, certainly statistically significant. What we were told was that more than 75 percent of our families spend a minimum of $3,000 per year on soccer. We have 500,000 members. That means in our organization alone the parents are spending somewhere around $1.5 billion.

So do we honestly think at some point there’s going to be a single-payer solution to this? It’s just ridiculous. Single-payer in the insurance world could work theoretically because the government could do it. The government’s not going to do this.

Getting back to the parental issues, how they can be changed?
I don’t think there are many parents who sit around the dinner table at night and think, ‘How can we make soccer a really awful experience for our kids?’ But they manage to do it and they enter into this unspoken, unholy alliance with their coaches. The adults establish the agenda and they make game not fun for the kids, and the kids leave and people wonder why.

When you have an environment in which they’re being told they’re not doing that or they don’t get to play or they’re being screamed at by the parents and micro-managed by the coach and criticized for every mistake, who wouldn’t quit?

How is the academy system working?
When I served on the committee that came up with the concept of the academy program, I said -- and I’ve also said it every time I’ve spoken publicly – this is an intervention. We need to change the environment for competitive players because the existing environment in which they’re playing maybe a hundred games a year and maybe five of them were worthy games and the rest of them were crap, we need to change that.

But we also said in the committee – and there was pretty broad agreement on this – that the academy programs needed to do more than just draw the best soccer players from the surrounding community. They also needed to help the soccer community at-large to improve. Unfortunately, with a very few exceptions that has not happened at all.

What is your opinion regarding the ban on high school soccer for academy players?
I think they should be allowed the choice. When I was chairing the committee and we introduced the academy, we made it that basically they had a choice. And we said we don’t think it’s the best thing from a soccer standpoint but we understand that socially it can be important.

The kid that’s really on track to be a high-level pro and maybe a national-team player, they’re probably going to make that decision for themselves. They don’t want to risk injury. They’d like to play their friends in high school but they realize they can’t risk that and waste that time.

But the idea that it’s a hard-and-fast rule to me is a problem.

What would like to see changed?
In my opinion, their approach to this has been too narrow. They believe they can identify the top one percent or whatever percentage of players it is at 11 years old and pull them into an academy and they don’t really care about the rest of them. I don’t think that’s well-founded based on research of athlete development, but I also don’t think it’s the right way for the federation to respond to its responsibilities.

There’s a lot of things that need to be talked about and I don’t think the people in Soccer House have all the answers. I don’t think they have even half the answers. The answers in a country of this size are going to be best identified by a very wide effort to elicit opinions. It’s the right thing to do.