It was Nov. 18, 1989, the day before the USA played Trinidad & Tobago in Port of Spain. A win would send the USA to the World Cup for the first time in 40 years.

The U.S. coach, Bob Gansler, remembers a particularly long question from a journalist that included: “How are you going to feel when the U.S. doesn’t qualify? What if you’re not successful tomorrow? How’s that going to affect you and do think you it’s missing a huge chance ...” 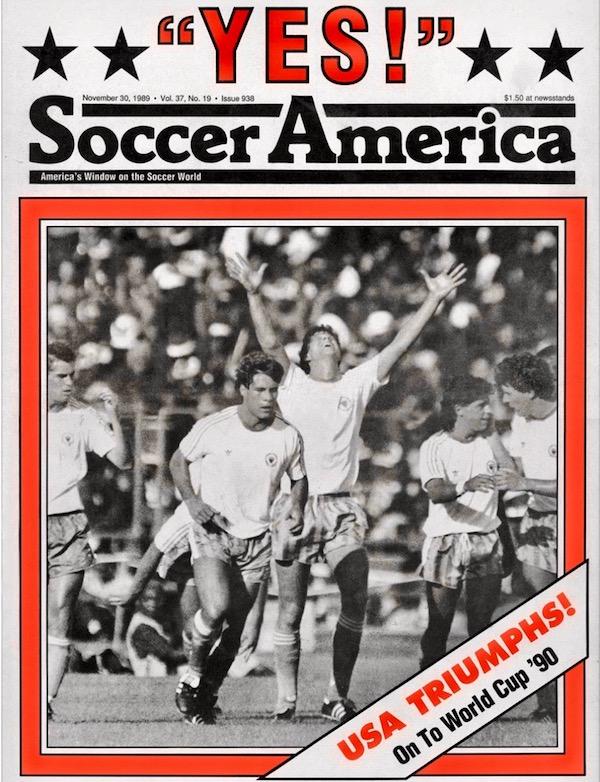 “I said, ‘Sir, regardless of what happens tomorrow it’s not about the fate of Western Civilization. The sun will come out, and there are a lot of good people involved in this game in our country and they will continue to work with enthusiasm and we’ll be better for it, and we’ll go from there.”

Of course, Paul Caligiuri’s goal gave the USA a 1-0 win and it started a run of seven straight World Cup appearances.

So how did Gansler feel after that streak came to an end, when the USA on Oct. 10, 2017, fell 2-1 at Trinidad & Tobago and the other two results on the final day of qualifying doomed the USA?

“That’s the way I feel now,” says Gansler, who turned 76 last summer. “We are leagues ahead of where we were then. But we’ve got work to do.

“I still have a lot of similar convictions. There are a lot of good-intentioned people who have worked conscientiously on the game, and will continue to do so. Others will add their work and capabilities as well. And we’ll continue to get better. It doesn’t happen overnight.”

A year before the 1990 World Cup, Gansler coached the USA to a fourth-place finish at the 1989 U-20 World Cup. During his post-national team years, he coached the Milwaukee Rampage to the 1997 A-League title and Kansas City to the 2000 MLS title. He has served as a Development Academy scout and he coaches youth soccer in the Milwaukee area (“I’m a lifer”). 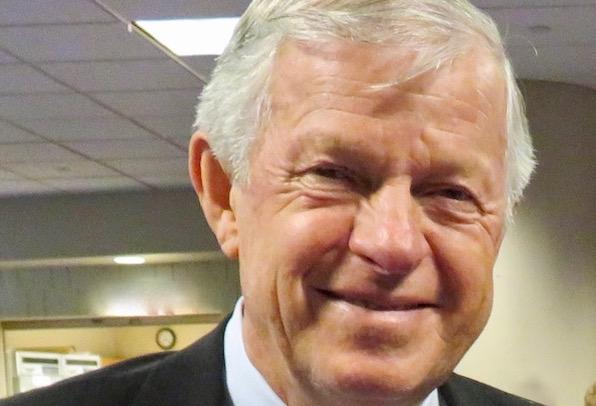 His history with the U.S national team dates back to his playing days in the 1960s.

“Obviously, it was extremely disappointing,” Gansler says of the USA missing the 2018 World Cup. “It’s a whack in the gut. The failure part of it is only really critical if you don’t learn from it. It’s evolution.

“And the second word that comes to mind is patience. I think I have more now than I had 20, 30, 40 years ago when we were talking about similar topics, about how the game is coming and where it’s going.

“The reason is, I have seen a huge amount of progress and I am trusting enough that it will get it back on track and continue to grow.”

Gansler, after his German family had emigrated from Hungary, as a teenager started playing Wisconsin adult ethnic league soccer for the Milwaukee Bavarians. He coached high school soccer when he was a teenager and after a playing career that included a stint with the Chicago Mustangs of the old NASL, coached college ball and was a U.S. youth national team coach in the early years of the program. 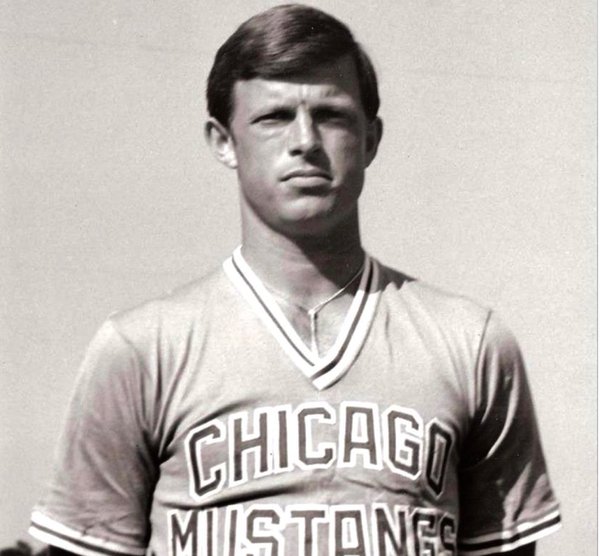 He remembers the days when U.S. Soccer Federation got involved in the youth game. He still believes, as he did back then, that it’s crucial “to create an atmosphere so that our better players can become better.”

“I’m thinking back to ODP days,” Gansler says. “To Don Greer, for example.”

“In many regards, Don Greer was good and important and got some things done because before him U.S. Soccer was an association for adult soccer -- they didn’t give, pardon my French, a shit about youth ball,” says Gansler.

“And he took that over and I’m glad that he did, and he was a spokesman, etc. We used to get some money from Coca-Cola. They were a sponsor. The discussion we used to have … Don wanted to make sure that every kid who played soccer in this country would get a Coke or two.

“He was of the persuasion, and had every right to be, that every kid who’s playing soccer should get an equal part of that dole that came from Coca-Cola.

“Some of us who were working closer with ODP were saying maybe we should do a little bit more for the gifted. Maybe a training camp. A regional training camp. Maybe regional competition. Do something for the better ones as well.

“In time, things got better and we started to have state teams and regional teams and ODP competition.”

“And he listened, and he was a very courteous man, and we know that without Lamar there’s no MLS. … I remember Lamar saying this sounds like baseball, having a farm system. I said yeah that’s the way I think soccer will evolve in the right way. You grow your own players.” 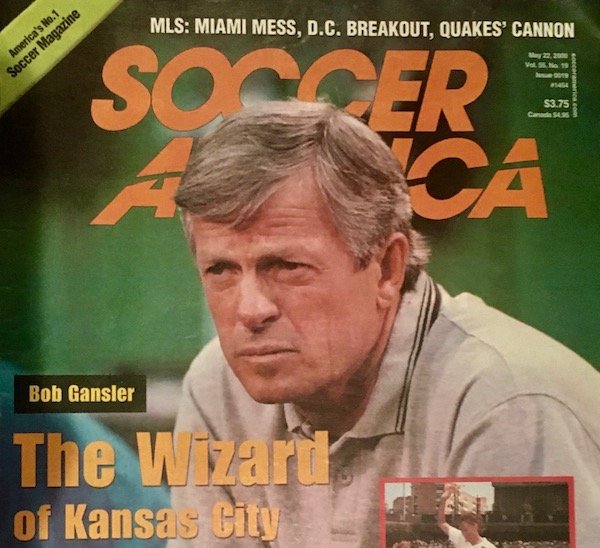 “He says my farm system for the Chiefs are the high schools and the colleges,” says Gansler. “And I said, well in soccer I don’t think it’s going to work that way. In time, we need to get a reserve team and he sort of winked and said that made some sense.”

MLS did start a reserve league, but MLS was in dire straits during the early 2000s, downsizing to 10 teams in 2002.

“Then the reserve team was gone and we worked on the youth end,” says Gansler. “And I said how come we don’t have both? Well, because we only have money for one or the other.”

That’s progress, and Gansler believes it can continue and expand: “We need to shoot for more.”

He says it’s fair to consider the failure to qualify as a wakeup call, but considers some of the reaction extreme.

“There are obviously folks who express their opinion and hey, we all have a right,” Gansler says. “The fact that people have an opinion, does mean that they do care.”

Gansler frequently gets together with his buddies -- "from the old ethnic league I grew up with, played in for decades, coached in” -- for a Koffeeklatsch.

“There’s Donauschwaben [Danube Swabians], real Germans, Hungarians, Serbs, Italian, Greek – and all of that,” he says. “We have this discussion and some of them have a good handle on it and some who are like some of those folks on social media.

“When there’s a win, they’re over the moon. I remember we beat Germany once, 3-0, in 1999, Some fantastic goals. Jovan Kirovski scored a colossal goal and all of that. And it was like the World Cup is just around the corner. All we have to do is want it. They go overboard. They also go under-board. They go the other way. ‘Oh God it’s over.’ No, it’s not. We’ve made progress. We’ll continue to make progress.

“There are always some who evaluate a win or a success too highly but there are also too many people when there’s a loss or a failure, then go into despondency. That’s not the right approach.”

“So many still involved,” says Gansler. “I feel good about that. … You know there’s a saying, ‘Nobody is useless. You can always serve as a bad example.’ With all those guys, at the very least I gave them a bad example where they said, that didn’t make any sense. Why did he do that?

“But quite a few of them keep in touch, and you’d like to think they’re not just talking to you because they think you were a smuck.”

Joking aside: “A good number of them, every now and then, they let it be known that they appreciate that experience. ... These are some examples of guys working in American soccer with the right attitude and hard work and blue-collar mentality.”

It’s not just his former players who keep Gansler optimistic about the future of American soccer. He’s seen, over the decades, a massive increase in the number of people dedicated to improving the U.S. game.

For his part, Gansler helps out coaches and runs sessions at Milwaukee youth club Elmbrook United.

“I’m not doing anything huge or fantastic,” Gansler says. “I’m just one of many making small contributions -- but there’s obviously so many more now doing that and many more making considerable contributions, and that’s why I think we’ll be OK.

“But there are a lot of good people, well-intentioned people who work hard in a blue-collar way. They will continue to push forward. Evolution sometimes speeds up and sometimes it slows, and sometimes it gets a little off the track, but it ultimately moves forward.”