Stalemate at BC Place: A case for ending MLS's two-leg playoffs

Vancouver put five goals past San Jose on Wednesday night but didn't put a shot on target against Seattle. Then again, the Sounders only managed one shot on goal as in the first leg of their Western Conference semifinals series ended in a 0-0 tie.

The cautious play of two teams wanting to have everything to play for in Thursday's second leg was a downer for Vancouver's largest crowd of the season and made the case for abandoning the two-leg format for the conference semifinals and finals. 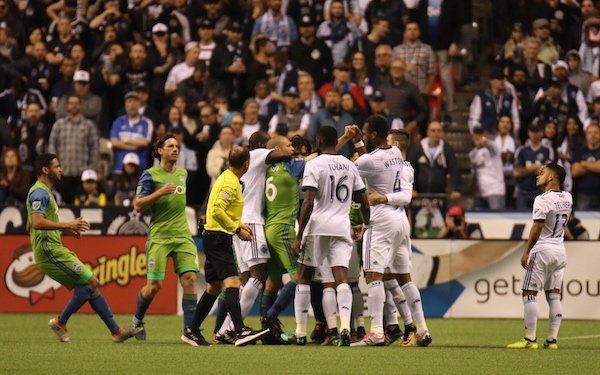 1. Depleted Sounders hold their own.

The Sounders were without Clint Dempsey (red-card suspension), Jordan Morris (out since early September with a hamstring injury) and Victor Rodriguez (also injured) while Ozzie Alonso and Gustav Svensson, both nursing injuries, began the game on the bench.

But a patchwork squad did enough to stymie the 'Caps. The big surprise was Martinique international Jordy Delem, who made only his second start in three months and was inserted in central midfield in Alonso's place alongside Cristian Roldan.

The best chance of the game came in the first half when Joevin Jones played a ball into the area that Vancouver defender Kendall Waston ripped off his crossbar. The only shot on goal was Chad Marshall's header in the 48th minute

Schmetzer's only regret was that the Sounders did not press the issue and get an away goal they could take back home.

“I thought there were opportunities in the second half," he said, "and even the one opportunity we had in the first half where we were able to get behind their defence and actually create some problems."

Vancouver came into the game with injury issues of its own. Yordy Reyna and Cristian Techera, two key pieces in the attack, began the game on the bench. In their place, Whitecaps coach Carl Robinson started Brek Shea and gave Nigerian Nosa just his second start of the season.

But the cautious play of the Whitecaps put a damper on the match that drew 27,837 fans at BC Place, the their largest crowd of the season.

"It was important we didn't concede today," Robinson said. "In two-legged ties, conceding at home is a no-no. I learned that years ago. That was the mindset." 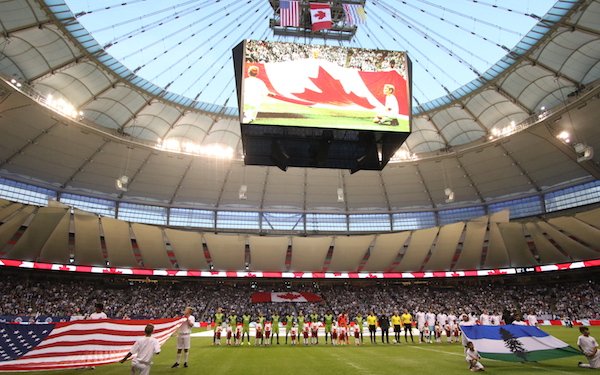