Referee Watch: When does the half end?

Soccer is that rare sport where official time is kept on the field by the referee. This makes a lot more sense than the scoreboard being the official time as in college and high school soccer and the officials having the unseemly duty in determining whether the ball entered the goal before the half ended. Although it rarely happens, it did occur in a NCAA men’s semifinal a few years ago and a NCAA men’s final a generation ago and there was controversy over whether the goal should have been allowed. The controversy could and should have been avoided by simply giving the ref the official time, as occurs in games all over the world.

Law 7 on the Duration of the Match says that allowance is made by the ref in each half for all time lost in the half through substitutions, assessment and/or removal of injured players, time-wasting, disciplinary sanctions, stoppages for drinks or other medical reasons permitted by competition rules and any other cause, including any significant delay to a restart, such as goal celebrations.

Now in youth soccer, where a gazillion subs can be made in a game, the ref does not add time for each substitution; otherwise, games would seemingly never end. But the ref should certainly add time when the winning team is doing it as a time-wasting ploy. The ref can easily figure out a team is doing this if, after they are leading, they start subbing much more frequently. So, in this scenario, when the winning team subs without the losing team looking to sub too, the ref should tell the teams that he is adding time for the substitution. Consequently, the winning team should start subbing much less frequently. 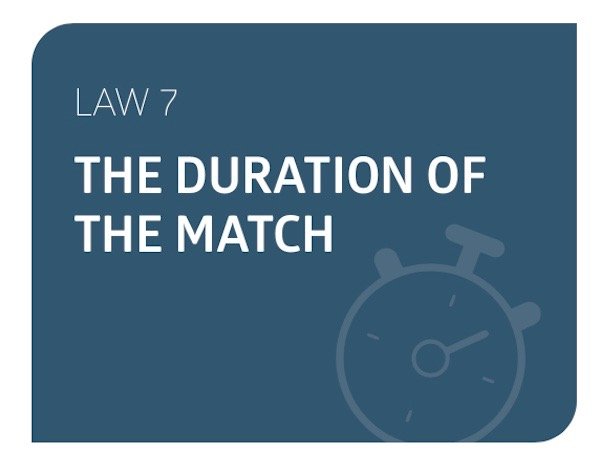 Per the rules, the only restart where a half is extended is for a penalty kick.

The ref needs to use some common sense when adding time. If the half is down to a few seconds and one team is attacking in the other team’s penalty area or an attacker is near the goal on a breakaway, do not end the half until the ball has been cleared, the keeper makes the save or the defense gets the ball or if the ball is played out-of-bounds.

As refs have official time on their watch, they must administer it correctly but lately, I’ve noticed some youth soccer refs take adding time to an extreme. I questioned them after the game to make sure they did not have any stoppage time and they said that time in the second half was actually up but they wanted to give the losing team a chance to tie the game. This is not correct and, in one scenario with no time left in the game, a defender tackled the ball over the goal line for a corner kick. The match should have ended there.

Instead, the ref allowed a player to take a corner kick after he waited 20 seconds for his keeper to run the length of the field to position himself in front of the goal. And when the defense headed the corner kick over the goal line for another corner kick, the ref allowed that one to be taken too and only ended the game after the defense kicked the ball way upfield, over a minute after time had run out.