Tough times for Bobby Wood: Perhaps he needs to rest

When Hamburg SV last summer raised Bobby Wood’s annual salary to more than $3 million, the club expected the American striker’s goals to prevent yet another battle against relegation. But Wood finds himself in a slump his coach attributes to a mix of physical and mental problems.

In last Sunday’s 2-1 loss at Hertha Berlin, Wood was substituted after 56 minutes during which he failed to get a shot on goal. The 24-year-old has scored just once in nine Bundesliga games this season, in a 3-1 win over Cologne on Aug. 25. 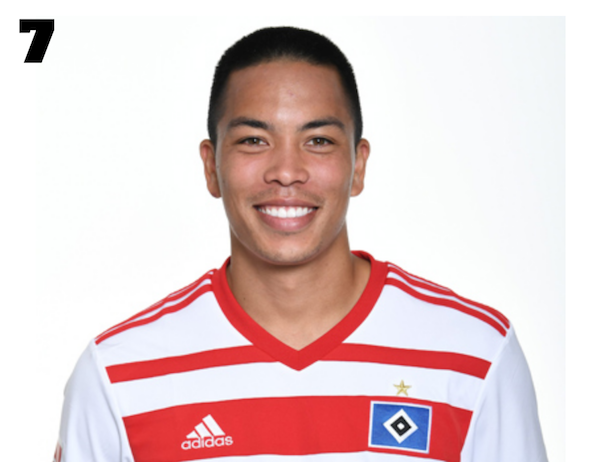 “We’re doing everything and support him,” Hamburg SV coach Markus Gisdol said after the loss in Berlin. “We can’t do more than we’re doing right now. Bobby needs to pull himself out of this. He’s making a full effort, but somehow it’s not coming together for him.

“He’s gone into a downward spiral that he has to work himself out of. He has the potential to be a good striker. He’s making a full effort, but somehow it’s not coming together for him.”

Bild Zeitung reported that Wood hasn’t taken a shot on goal in HSV’s last two games, has managed only 12 shots all season, and does not have an assist to his name this season.

The Hamburger Abendblatt reported that at HSV’s final practice before leaving for Berlin, Wood was limping around with a heavily wrapped knee. Yet he still started against Hertha. Last May, Gisdol said that Wood was playing on painkillers.

HSV sits on 16th place of the 18-team Bundesliga, once again in danger of relegation. It’s meager seven goals are better only than 17th place Werder Bremen’s three and last-place Cologne’s four.

Wood has been plagued injures for months. He missed World Cup qualifiers last March with a back injury. He missed a Bundesliga game with a knee injury after returning from national team duty in September.

“Bobby is trying everything — there’s no questioning his effort,” Gisdol said. “But it’s not working for him. We’ll still need him and will support him. But naturally there’s the matter of merit.”

That’s a hint that Wood could stay on the bench for next Saturday’s game against VfB Stuttgart, after which the Bundesliga is off a weekend for the international break. Perhaps that will give Wood's body the rest it needs. That it is the physical more than the mental that explains the striker’s slump.