Sasho Cirovski: We need to define an 'American Way' and end the divisiveness

We asked Cirovski, who is leading an effort to reform the college soccer format, to address issues that are being debated in the wake the USA’s World Cup qualifying failure -- such as the Development Academy and pay-to-play -- and for advice he would give to coaches and parents of youth players.

SOCCER AMERICA: What was your reaction to the USA failing to qualifying for the 2018 World Cup?

SASHO CIROVSKI: A major punch to the gut. No question about it. It should never come to this in our region. However, it does offer an opportunity for us to have some honest conversations about how to go about a reboot for growing the game in a more collaborative effort moving forward.

SA: What was your reaction to the reaction?

SASHO CIROVSKI: I thought some of the national commentary was fair and some of it unfair. In addition to our unfathomable loss, it was quite incredible for all the other dominoes to fall the way they did. It added a lot of fuel to the fire and some emotions got carried away. 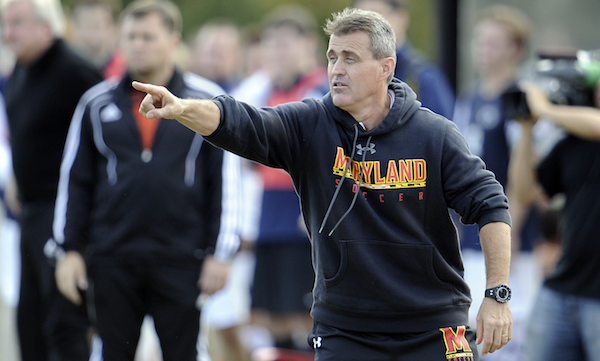 SASHO CIROVSKI: We need a reboot and a restructuring but maybe not massive. There is a tremendous amount of goodness in our current system and we must be careful not to panic. What needs to happen is for us to define the "American Way" of player development that is unique to our ideals, values, challenges and strengths.

We need to unite the various segments of the national soccer landscape. It has become very territorial and divisive. Big money is coming into play, and our shared values have been lost. Ethics in the recruiting wars of club soccer need to be discussed and implemented immediately.

SA: Is there an aspect of the youth game that needs to be addressed?

SASHO CIROVSKI: There is way too much "travel" in travel soccer. We need more regionalized/local competitions. Way too many kids spend way too many hours in a car driving to practices and games and therefore not enough time (for soccer homework) to spend mastering the technical skills … that must be done on their own!

SA: Pay-to-play is being cited as major problem in American soccer. What's your view on that? Any solutions you recommend?

SASHO CIROVSKI: The pay-to-play model is not going away on a national level. It's an easy scapegoat for other issues. It's not unique to soccer.  My daughter plays volleyball and it’s much more expensive!  A lot of clubs and communities are doing a good job of raising money to help offset the costs of the most needy kids.

What I would like to see changed is the expectations of the kids playing soccer.

Too many parents and kids think that their investment must have a payoff in the form of playing time (short term), or scholarships/pro opportunities (long term). The very foundation of the playing experience has been completely lost. The health value, the social growth, lessons learned through sport have in many cases been forgotten. There needs to be a major campaign of bringing fun back to youth soccer. If there is more localized competitions/leagues, perhaps the cost per player will come down.

SA: How would you rate the success of the Development Academy?

SASHO CIROVSKI: The Development Academy has been very good in many areas. We have some great coaches involved and obviously it has attracted most of our best young players. However, I believe it has also become part of the problem.

While the training-to-play ratio has been a positive, I feel that the competitive side of many games I watch are lacking a real intensity about them. The majority of games I watch are, quite frankly, dull.

Winning or losing don't appear to be big deal. It appears it has become too much about individual player development on the technical and tactical level (which I love), but not much on the competitive level.  I think the clubs should be more incentivized (financially) for winning and also for sending players to national teams.

SA: How can the Development Academy improve?

SASHO CIROVSKI: Clubs need to do more to create an atmosphere with fans at games. One of the great things about high school, where the players are playing under pressure for something greater than themselves … their team and community. This has been a real challenge in many communities because of the fracture some DA's have caused in how they have recruited players from surrounding clubs. This elitism has alienated the possibility of creating a great game-day atmosphere in many communities.

Also, this notion that U.S. Soccer mandates that you can't play high school soccer if you play Development Academy is ridiculous.

I would expect this in other countries but not here. Kids and their families need to make that choice with their coaches/clubs and not be mandated. The season is way too long. Though I like the showcases, there should be more of them in smaller doses ... regionalized, a little more like the Generation Adidas Cup. Perhaps that can bring some of the costs per player down.

Finally, let's remember that the one quality that the world recognized the American player for being great at was "competitive,” which was the one quality that we lacked constantly in the latest U.S. national team failed qualifying campaign … and the last two men's Olympic cycles [failing to qualify]. 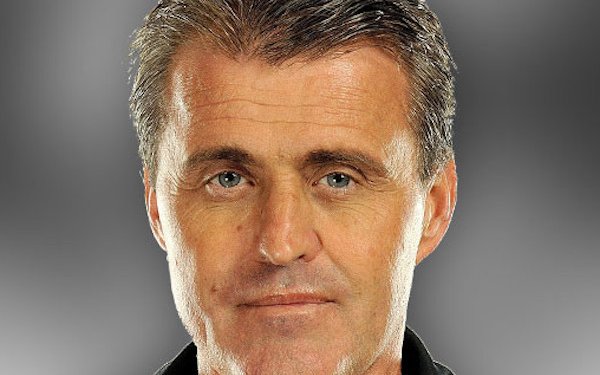 Favorite soccer to watch
I am a soccer junkie, so I watch a lot of soccer on TV … probably too much. I love to watch all of my alums in MLS. Certainly, I never miss any meaningful men’s or women’s national team games. I used to love Manchester United when Alex Ferguson was coach, but they have been hard to watch over the past three years.

Coaching role models
I have two major influences in my life. Bob Gansler, my former college coach and my friend, has been my main role model and mentor. Sir Alex Ferguson has also had a great influence on me. From when I trained under him at Aberdeen for about six weeks in 1980 to continuing a relationship from afar, I have built the Maryland culture with many of his ideas, values and principles. As far as philosophy, I would say the teachings of John Wooden also shaped me.

Favorite soccer book and soccer movie
"How Soccer Explains the World" by Franklin Foer and "Escape to Victory." 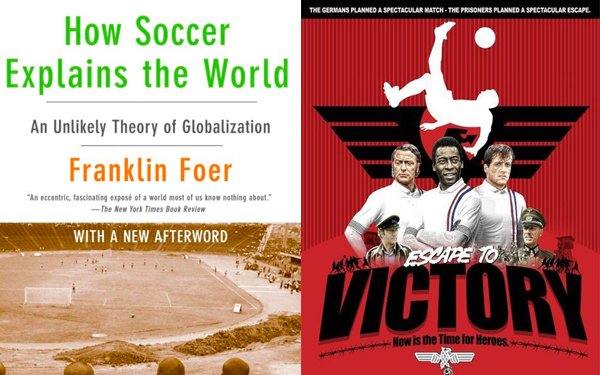 SA: What’s your advice for coaches at the youngest level?

SASHO CIROVSKI: To make practices fun and use the games as an opportunity to teach lessons. Remember, your job is to inspire the kids to fall in love with the beautiful game, to make sure your players are looking forward to coming to practice, to give them the opportunity to solve some problems through the game, to teach them to appreciate and respect both the beauty and difficulty of our game and that they must work hard to improve their individual skills (beyond the team trainings) for their overall enjoyment of playing soccer.

SASHO CIROVSKI: Help guide and support your children's passion but to make sure it is owned by your child. Resist the urge to fast track your talented kid. Let them play other sports if they want at early ages, watch for signs of their passion, and what makes them happy.

Steer their competitiveness in the right way. Make sure they are the ones driving their development. When you get in the car after a game or practice, it is pivotal that you are on the correct side of teaching them valuable lessons in humility, teamwork, hard work and overcoming adversity. Don't make excuses for them, and always encourage them to solve problems both on and off the field.

SA: What is the status of the quest to change college soccer season format?

SASHO CIROVSKI: The quest to change the college soccer season over two semesters with the NCAA Championships culminating in the spring is still a work in progress.

I am very proud of the collaboration of my fellow coaches and the great work of our United Soccer Coaches Program Director, Rob Kehoe.

This effort has been a real test of the coaching axiom, where the paradox of urgency and patience converge … where you push for reform through every angle, every constituent, every committee, in an effort to socialize the proposal and educate the misinformed, while understanding that the process is a slow grind and it will take time.

SA: But you believe the change will come?

SASHO CIROVSKI: What makes me ultimately believe that this will happen is the staggering support shown through two different surveys that strongly suggest that we must get this done.  In 2016, the NCAA did a Time Demands Survey, where NCAA Men's soccer Student Athletes, overwhelmingly stated that (1) they wanted a longer season; (2) they wanted to play more competitive games, and (3) they wanted to play over two semesters.

Just recently, our coaches survey asked the simple question to nearly 5,000 men's Division 1 Soccer student-athletes on where they stand. The results were staggering, 80% support the proposal, 14% oppose and 6% were undecided.  At the end of the day, the D1 membership will have to act.

I intend to continue to fight through the appropriate channels to move this along, but we also intend on using both media and political pressure to get the voices of the student-athletes heard.

SA: Why is it so important to spread the season over a longer period?

SASHO CIROVSKI: The current season is way to compressed.  In fact, we are in violation of sport science best practice principles for soccer.

The College Cup is a joke. It is a terrible time of the year (mid-December), and if you are good enough to win in the semifinals, you are rewarded by having to play the most important game of your life on 30 hours rest -- unfathomable. No wonder the quality of the final is poor.

So, yes, we are progressing. I am very proud to say that we are making some meaningful progress within the Big Ten Conference and are hopeful to get this on the Conference agenda for a vote in the hope that we can sponsor legislation for a National vote.

I know a few other conferences are also close to pushing this forward.  Of course, while our support is growing, there is resistance from many Athletic Directors who are really showing apathy towards this, but in the end, it's the right thing to do, and I will not quit until the very end.

SASHO CIROVSKI: I think we need a National Soccer Summit where all the constituents are brought in and placed in working groups to deal with some of the issues, which have divided the U.S. soccer landscape, in a show of collaboration moving our country forward.