As the future of the U.S. national team now turns to players who would have been perhaps too young for the 2018 World Cup, one of the names that stands out is Jonathan Gonzalez.

The 18-year-old midfielder from Santa Rosa, California, has been the top rookie in Mexico's Liga MX, holding down a starting job for runaway leader Monterrey since the first day of the Torneo Apertura in July. 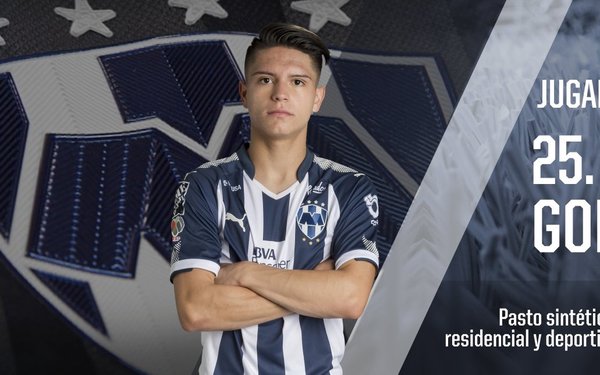 The USA's failure to qualify for the World Cup has led to reports that the Mexican federation was pressing hard to get Mexican-American teenagers to commit to El Tri and abandoning the U.S. national team program in wake of the loss to Trinidad & Tobago that knocked the USA out of the 2018 World Cup.

In Gonzalez's case, it would have meant that he would have to agree to a one-time switch of association. He already played for the USA in 2017 Under-20 World Cup qualifying, so he is only eligible to play for Mexico at the senior level.

Other players have made switches or jumped back and forth between national team programs. Mexican-Americans Edgar Castillo, Joe Corona, Brandon Vasquez and Jesse Gonzalez now play for the USA. In recent years, youth stars Edwin Lara and Efrain Alvarez have left the U.S. youth program to play for Mexico.

But none of them was as high profile as Jonathan Gonzalez. He won't be cap-tied to the USA until he plays his first senior competitive match, which won't be until the summer of 2019 when the next Gold Cup is held.

But Dutchman Dennis te Kloese, the director of Mexico's national team program, put to rest the suggestion that Gonzalez is ready to join El Tri any time soon.

"We know Jonathan, we have tried to invite him and involve him, but his wish has always been to play for the United States," Te Klose said in an interview with Raza Deportiva on ESPN Deportes.

Te Kloese knows the U.S. market and all its Mexican-American talent well. He was sports director of Chivas USA before moving back to Mexico, where he worked for Tigres and Chivas Guadalajara in addition to Mexico's youth program.

Gonzalez's Mexican background makes him eligible to play for El Tri and is of special value to Monterrey because he counts as one of eight Mexicans toward the 10-8 quota -- a maximum of 10 foreigners and minimum of eight Mexicans on the game-day squad -- Liga MX teams are required to meet.

"He is a player with a great future," said te Kloese.

Gonzalez played for the USA in 2017 Under-20 World Cup qualifying.

"This does not close the door to one day play for Mexico," added te Klose. "I think our duty is to ask. He is a player with a big future and such an upside. At the end of the day, it's a personal and also a family issue, where he has the last word."