USA-based Soccer Without Borders has been awarded the 2017 FIFA Diversity Award, which was launched in 2016 to recognize an outstanding organization, group initiative or personality that is standing up for diversity and anti-discrimination.

“It is truly an honor to be recognized by this,” said Ben Gucciardi, a founder of Soccer Without Borders. “Soccer Without Borders works in the United States to support refugee and immigrant youth to integrate into their communities using soccer as a way to bring people together. And we also support the soccer part of the program with academic support, civic engagement, team-building and cultural exchange activities.” 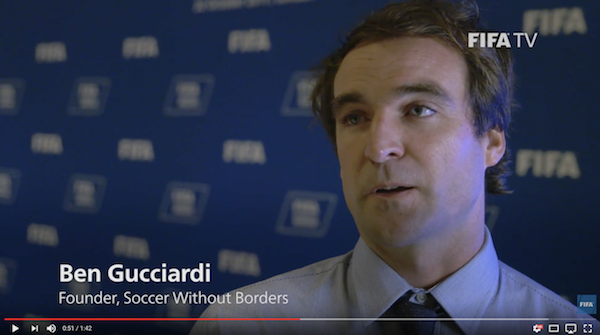 The inaugural FIFA Diversity Award in 2016 was won by Slum Soccer in India. Also recognized in 2017 was second-place Moving the Goalposts, which strives for the social inclusion of girls and young women in the coastal counties of Kilifi and Kwale, in Kenya.

Soccer Without Borders has programs in Oakland, California, Baltimore, Boston and Greeley, Colorado.

“We’re always refining what we do to have the biggest impact possible for the young people we work with,” said Gucciardi after the presentation of the award by FIFA Secretary General Fatma Samoura, former Nigerian star Emmanuel Amunike, and former England international Alexandra Scott. “It’s much more about seeing them graduate from high school, going on to continue studying, or working becoming productive members of the community and having the lives that they want.”

Further Reading — Newcomers to USA get a boost from Soccer Without Borders: Meet founder Ben Gucciardi

“It is FIFA’s duty to promote diversity on the pitch, in the stands and in each area of society that is touched by the most popular sport in the world. The Diversity Award is part of this,” said Samoura. “It is simply fascinating to stand in front of people whose lives are permeated by this commitment, day in and day out. That is the purpose of this award: to say the right words and say them aloud. And, more importantly, to work together for them to become a reality.” 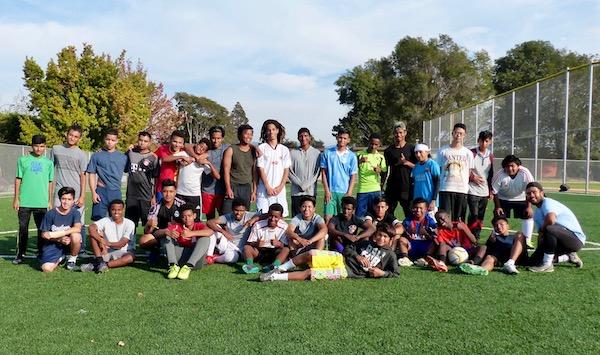