Video Pick: Cavani's 100th goal in Ligue 1 is a masterpiece

A swift counter-attack launched inside Paris Saint-Germain’s penalty area with precise passes led to the 100th goal in French Ligue 1 by Uruguayan Edinson Cavani, who was assisted with a back-heel pass by Kylian Mbappe. Cavani made it 101 with another strike in the 5-0 win over Angers. He also hit the 100-goal mark in Italy’s Series A before arriving in France. 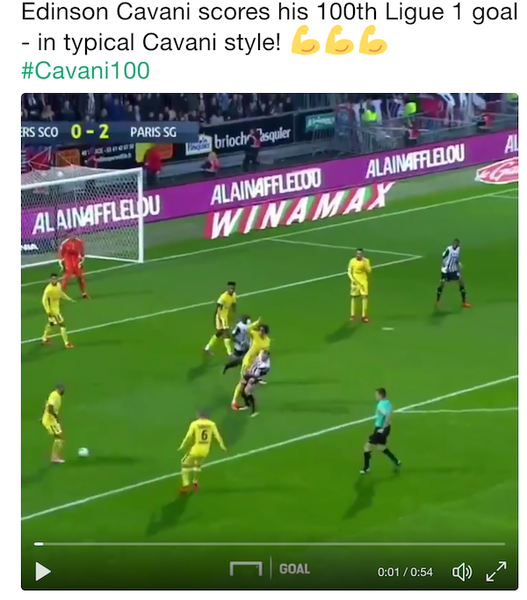