Andrea Pirlo's 22-year career came to an end on Sunday night. After having not played for more than a month, the Italian maestro came on for the final minute of New York City FC's 2-0 win over Columbus Crew SC that was not enough to overturn the 4-1 loss at Columbus. 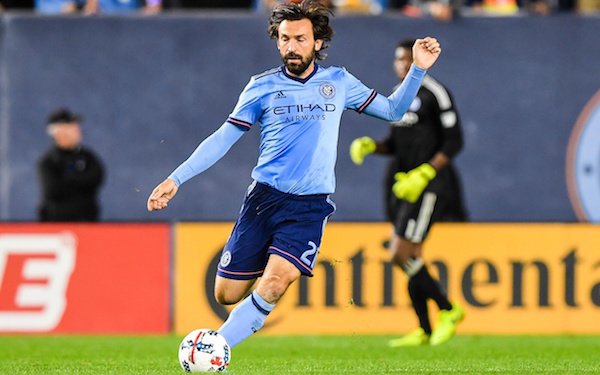 The 38-year-old Pirlo announced his retirement on Monday, ending a 22-year career as a pro that began with his hometown team Brescia two days after he turned 16 in 1995.

Pirlo won two Serie A titles and two UEFA Champions League titles with AC Milan and four Serie A titles with Juventus. He also won the 2006 World Cup with Italy. In his role as a deep-lying playmaker, he was one of the best passers of his generation.

In a statement, NYCFC said Pirlo "will be remembered as one of the finest registas in the history of the game." Juventus described him as a "true genius of the Beautiful Game" and it's been an honor to share the journey with you. Grazie, Maestro."