Adams, Carter-Vickers and Sargent all represented the USA at the 2017 Under-20 World Cup in South Korea. Mackenzie was not released by his German club Schalke 04. Sargent also played in the 2017 U-17 World Cup in India. The fifth uncapped player is FC Dallas keeper Jesse Gonzalez, who submitted a switch of association over the summer after previously representing Mexico. 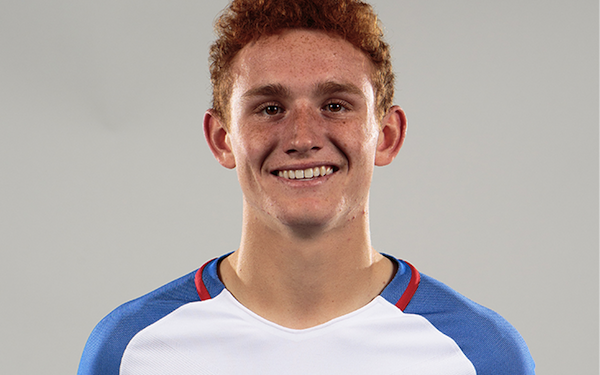 Only three players who played in the USA-Trinidad & Tobago game -- Jorge Villafana, DeAndre Yedlin and Kellyn Acosta -- are included in the team. Just three other players -- John Brooks, Tim Ream and Alejandro Bedoya -- participated in the Hexagonal, where the USA finished fifth and failed to qualify for the 2018 World Cup.


Brooks, who was crucially injured and missed the final four games of the Hexagonal, Bedoya and Yedlin are the only three holdovers from the 2014 World Cup roster.

The eight MLS players in the team all play for clubs eliminated from the playoffs.

One notable absentee is 18-year-old Jonathan Gonzalez, who starts for runaway Liga MX leader Monterrey and whom Mexico's national team covets. With the Torneo Apertura playoffs coming up in two weeks, it was determined that Gonzalez should stay at Monterrey. Similarly, U.S. star Christian Pulisic has been given a break during the November FIFA window.

Sarachan on Christian Pulisic's absence: “Christian has had a very long year, not only with the national team but finding his way with Borussia Dortmund. Between his contributions for the national team and his club, he has probably played more total games than almost anyone in our pool this year, and in doing that Christian has really pushed the limits mentally and physically. With those things in mind, this was an opportunity for Christian to get a break and recharge for the rest of an important campaign with Dortmund.”