Cliff McCrath, Seattle's 'Mr. Soccer,' on the Sounders, USA's World Cup exit and the next steps

He’s called “Mr. Soccer in the Northwest” in “Seattle 100: Portrait of a City,” a book that honors people who have “defined and driven” culture in Seattle. Cliff McCrath  coached Seattle Pacific for nearly four decades, winning five Division II NCAA championships. The various capacities in which he’s served the sport include heading the NCAA Soccer Rules Committee in 1976-2012. He still directs the Northwest Soccer Camp he founded in 1972 and at age 81 coached the U.S. women’s team at last August’s World University Games in Taipei.

McCrath helped launch the original Seattle Sounders, who played in the old NASL in 1974-83, and also helped the current Seattle Sounders join MLS in 2009. We spoke to McCrath shortly after he watched the Sounders, who led MLS in attendance in each of its first eight seasons, beat Vancouver, 2-0, to reach the the Western Conference championship. 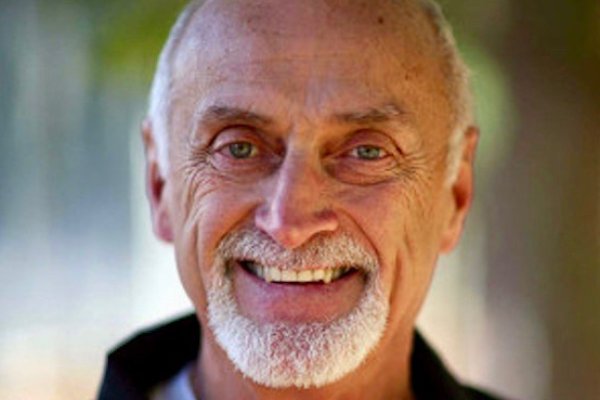 Enjoying the defending champion Seattle Sounders’ playoff run
There’s a little bit of magic in Seattle and every now and then Clint Dempsey does earn part of his pay and it happened that day.

Seattle Sounders majority owner Adrian Hanauer
He was a camper at our camp when he was a teenager. He sustained the intermediate play for the Sounders in the A-League and USL after the demise of the old NASL. During Seattle's MLS bid, I said, “Adrian, throw your hat in the ring.” His immediate answer was, “There’s a difference between losing a few thousand and losing a few million.”

I put my coffee down. I lifted my finger up (obviously I don’t have the wherewithal) but I said, “I will make up every dollar that you will lose.”

Why so confident about the Seattle soccer market
Because the parents of today are the kids of that early thing in the NASL days where we used to put busloads of kids from camp to the Sounders' stadium and they’d drag their parents along. The parents today were the little children then who are now bringing their children to the games.

The USA not qualifying for the 2018 World Cup
Bruce Arena and I have stayed pretty connected and when he got the job I texted him and said, “Now I think we at least have a fighting chance to get out of the bottom and get back to where we belong.” Usually, if you win I say it’s thanks to the players and if you lose it’s the coach’s fault. But I believe in this case, in Trinidad & Tobago, the coach was the right coach. The players needed their asses kicked.

Sunil Gulati
I know Sunil has tremendous intelligence and I’m not going to say anything negative about Sunil.

The next step
There is an overhaul that needs to be done. We need a summit, like we had in the early 1990s when U.S. Soccer invited a representative from every state. We need to put everyone into a sequestered room and they could throw food through a hole in the ceiling but we don’t come out until we are absolutely confident we have enough structure to make things work the way they need to to succeed.

If change was needed even if the USA had qualified
Not that I’m necessarily the contrarian that Paul Gardner might be, but I am a contrarian in my thinking. It was a long, long time ago when I changed my view from, if it ain’t broke don’t fix it, to if it ain’t broke fix it.

Whether failure to qualify is as disastrous as many say
It can be a stepping stone. Are we emotional about it? Yes. Are we pissed off and discouraged and woe is us? Yes, of course. But the real fighters and warriors, and I hope I’m always going to one of those, huddle up and say OK, we have enough smart people I think we can put this together.

Video Assistant Referee
I was pushing for that for a long time. My view was catch up with the world. If they’re using it in football, baseball and hockey, there’s no reason it shouldn’t be there for soccer. There are flaws. There are pieces that are working and other pieces that are in the refining process. We’ll get better at it.

The Development Academy not allowing high school play
I think it’s bullshit. One of the greatest players I ever coached – he’d have been a big-time world-class player if he’d had any speed – was Peter Hattrup. I use him as an example because he was one of the smartest players on the field and had amazing moves. Because he played every waking minute, including high school, and play! play! is how you absorb the game. Now if a kid wants to choose to just focus on one side of the street, then he takes his ball and plays over there, that’s fine. But don’t mandate it. 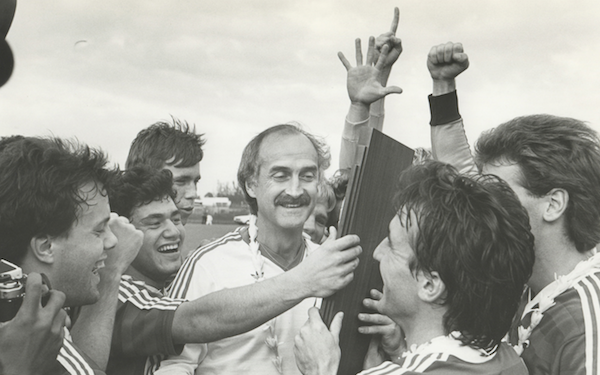 Coaches
My first college coach at Wheaton College, Robert Baptista. Players would die for him. I’m in 10 Halls of Fame, but what I’m most proud of is the Bill Jeffrey Award. [Jeffrey was Penn State coach for 26 seasons and coach of the USA team that beat England 1-0 at the 1950 World Cup.] Anson Dorrance I still think is the best soccer coach on the planet.

Advice to parents
Usually I get the question when a kid has a chance to play for an academy team, which means they’ll leave their social network and join a group they don’t know.

Whatever you do, don’t make the mistake of saying, “You should do this!" Because you’re going to lose the kid. Because there are only a handful who are ever going to respond to that kind of approach.

You try and act dispassionate but you’re nonetheless totally committed to help the kid. So you ask, “How are things going?" The kids says, OK. Then you don’t probe much further until the kid says, “I’m trying to make a decision. I have a chance play academy but then I can’t play high school.”

That’s the kid who might then ask for help from the parent as opposed to the kids whose parents come on like a fire hose and say, “You got to get out to become a superstar!”

How you became a coach
After my senior year of college soccer, Coach Robert Baptista called all the seniors into a room and said there would be a press conference tomorrow. I’m a back-alley Detroit kid and I never heard the term press conference. I thought somebody is going to be ironing clothes. Coach said, “I’ve got a sabbatical.” I never heard the term sabbatical, so I asked, “I said is it terminal?” After he stopped laughing, he asked me to take over as coach.

I was planning on going to New York to go to law school. I scored in the upper two percentile in the LSAT. But I decided I’d take over for him.

Soccer for life
If a guy has played soccer, he’s 99 years old, he has a walker or a cane and he’s walking along on the sidewalk and a ball bounces across the street, he’ll fling the cane or push the walker aside and get one last kick before he dies with a smile on his face.