Out of work for more than a year and a half, former French international Remi Gardeis the new head coach of the Montreal Impact. 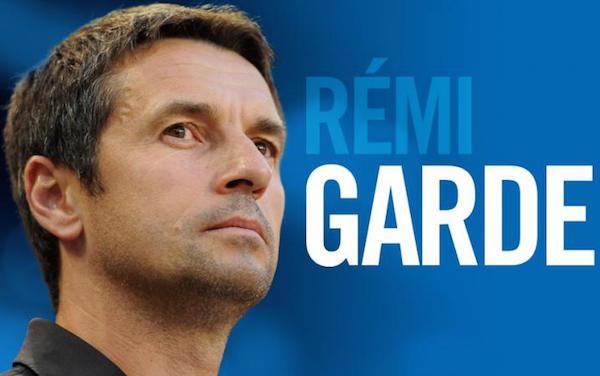 Garde, 51, has managed in Ligue 1 and the Premier League, most recently with Aston Villa, which he left in March 2016 after leading the club to just two wins in 20 games. Villa finished last and was relegated at the end of the 2015-16 season.

"As I stated at the end of the season conference, the first criteria we had for any candidate in this position was experience in the highest level because one of our strategic objectives for the next few years is not only to stay connected to the international scene but also to field a competitive team, a team that our fans can believe in,"said Montreal Impact president Joey Saputo, who headed the coaching search,  during a press conference Wednesday to introduce Garde.  “As player, assistant coach and head coach, he excelled by demonstrating his qualities as a leader and his knowledge of the game.”

Garde was born in the small French town of L’Arbresle. He graduated from the Olympique Lyonnais player academy to the first team, and also played for Strasbourg and Arsenal, with which he won the 1997-8 Premier League title. He played six games for France and represented his country at the 1992 European Championships.

"I was developed by Lyon, I played for Lyon, I trained in Lyon," Garde said at the press conference. "Even though I experienced playing elsewhere, that club has its stamp on me. And in that club there is a certain playing philosophy, which is an offensive philosophy, a goalscoring philosophy, to play a possession style of game. So I would say that is my ideal approach."

He started his coaching career as a Lyon assistant and also worked for the team’s academy, mentoring players such as Alexandre Lacazette (Arsenal), Anthony Martial (Manchester United) and Samuel Umtiti (Barcelona). As the Lyon head coach, he led the team to the 2012 French Cup, and his best finish in Ligue 1 was third in the 2012-13 season. He left the club in the spring of 2014.

"Moving forward, our objective for this club remains the same, but today we are laying a solid foundation with a different approach," Saputo said. "We believe Remi's tremendous experience, his vision and knowledge of the game, his management style, his intimate understanding of youth development will give this club a new start at every level."

Garde replaces Mauro Biello, who was dismissed following a ninth-place finish with a record of 11-17-6 (W-L-T) in his third season in charge. Garde is the fifth head coach hired by Saputo since the Impact joined MLS in 2012. He follows Jesse Marsch, Marco Schallibaum, Frank Klopas, and Biello, who managed Montreal to the finals of the Concacaf Champions League in 2014.