Miami FC, which won both the NASL spring and fall season titles, has six of its players included in this year's Best XI. The only other team with more than one player on the Best XI is North Carolina FC with two. 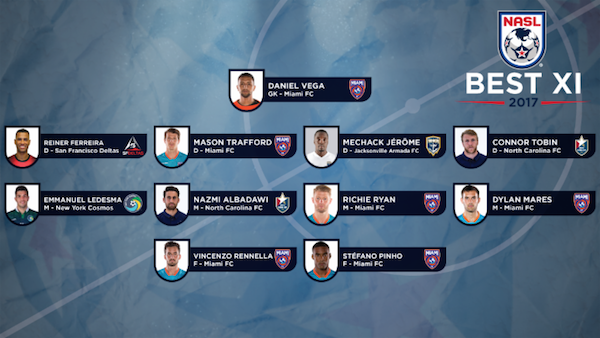