Louisville City is 2017 USL champion thanks to 1-0 win over Swope Park Rangers, the Sporting Kansas City farm team that settles for the USL runner-up prize for a second straight year.

• The Hero: Cameron Lancaster
Louisville City’s leading scorer Luke Spencer (11 goals) came close twice to breaking the stalemate in the second half, knocking the ball over the crossbar from three yards out in the 60th minute after a low cross from Brian Ownby and had a close-range shot blocked by a sliding Dakota Barnathan five minutes later. Spencer was replaced by Cameron Lancaster in the 67th minute and it proved to be wise substitution from Coach James O'Connor. In the 88th minute, Jamaican Devon “Seedy” Williams delivered a cross that Lancaster headed in from 11 yards out. 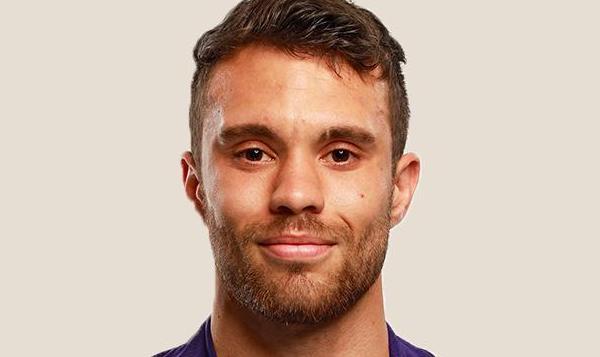 It marked the eighth goal of the season for Lancaster, a 25-year-old Englishman who joined Louisville in 2015 from English non-league club St. Alban’s. A product of the Tottenham Hotspur Academy, Lancaster made one English Premier League appearance for Tottenham, in 2012. Lancaster was sidelined during his first season with Louisville in 2015 with an ACL injury, but in 2016 had four goals and three assists as Louisville exited in the Eastern Conference final for the second straight year. Lancaster was also a late sub when Louisville beat New York Red Bulls II on PKs after a 1-1 tie in this year's Eastern Conference final.

• Home Sweet Home
In its three years in the USL, Louisville is undefeated in playoff games at home with the 2017 USL Cup marking its ninth postseason win at Louisville Slugger Field, where attendance for the final was the second highest in league history. All previous USL finals have been won by the host.

• Swope Park Rangers Success
Sporting Kansas City head coach and technical director Peter Vermes said the objective for Swope Park, launched in 2016, is to prepare players for his MLS squad and that USL championship quests are simply a “byproduct of what that team is there for.” The Swope starting lineup averaged 23.3 years of age — and its substitutes were 19-year-old Felipe Hernandez and 17-year-old Max Rugova. Louisville’s starting lineup had an average age of 26 years.

In last year’s final, Swope Park got routed by New York Red Bulls, but the battle in Louisville was a close one. Louisville had only a slight edge in possession (54%-46%) and shots (9-8). Although the hosts came out stronger in the first half, Swope controlled much of the play early in the second half. In the 48th minute, Louisville goalkeeper Greg Ranjitsingh stifled a one-on-one chance by Kharlton Belmar, Swope’s leading scorer with 15 goals. Swope’s 22-year-old goalkeeper Adrian Zendejas, a Southern California product who began his pro career at Tijuana and signed an MLS contract before the 2017 season, already has 30 USL games under his belt.

• Another title for O'Conner
Irishman James O’Conner, whose playing career included stints with Stoke City, Burnley and Sheffield Wednesday, came to the USA to play for Orlando City in the USL and was player/assistant coach of the 2013 Orlando City USL championship team, starting in 7-4 win over the Charlotte Eagles. He became head coach of Louisville in its inaugural 2015 season. 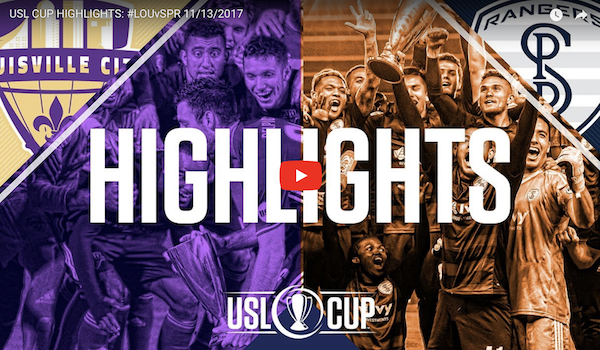 Notable: The crowd of 14,456 was the largest crowd ever at Slugger Field, also home to Triple A baseball team Louisville Bats, an affiliate of the Cincinnati Reds