Report: New riverfront Chicago stadium on drawing board -- for USL

The Chicago Tribune reported that Chicago-based developer Sterling Bay's proposed sports and entertainment stadium on the Chicago River will be built with a USL team in mind. 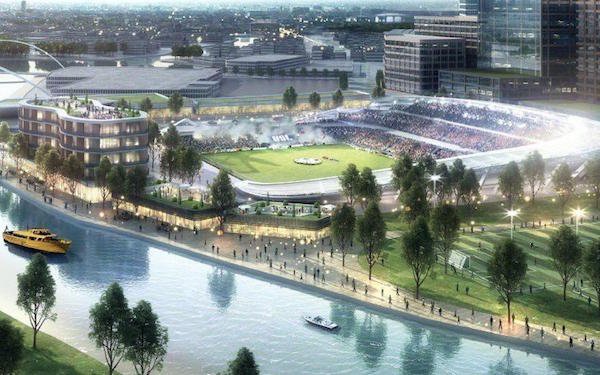 Sterling Bay managing principal Andy Gloor told the Tribune his group and other investors will own and operate a USL expansion team to begin play in 2020.

The stadium, which would seat 20,000 fans and feature a retractable roof, would be part of a development on Chicago's North Side, on the edge of the Lincoln Park and Bucktown neighborhoods. It requires community and zoning approvals.

The league's focus is now on building new stadiums in urban areas. The Fire opened an indoor and outdoor soccer complex and club house next to the Chicago River on the city’s Northwest Side in late 2015.

“There are a lot of cities that have two soccer teams,” Gloor told the Tribune. “New York and Los Angeles have two MLS teams. They can co-exist in a city the size of Chicago.”