The Australian Cup final featured a melee ignited by Adelaide United defender Michael Marrone attacking a ballboy, who had been slow in returning the ball during overtime of Sydney FC’s 2-1 win. Sydney FC striker Matt Simon  wrestled with Marrone after he tackled the kid, who escaped injury, and soon after pretty much everybody joined in. 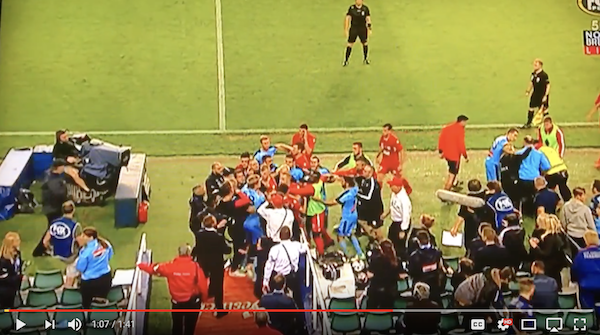