After one season, the NASL champion San Francisco Deltas have folded. Also departing is FC Edmonton, the lone club left from the league's first season in 2011.

Their departures brought to 10 the number of NASL teams that have folded or moved to other leagues in the last two years. Critically, it was the second straight season a team was one and done -- in this case, the league champions. 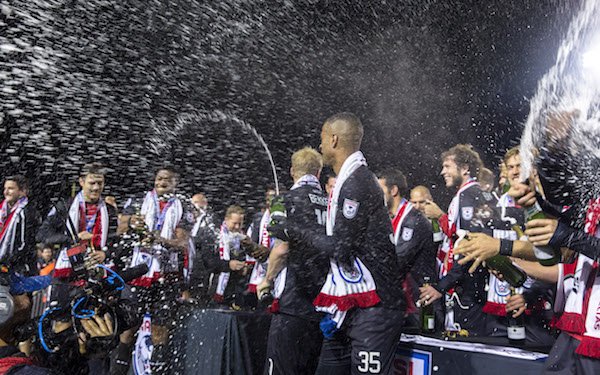 The latest moves were not unexpected: In its presentation to U.S. Soccer's board of directors on Sept. 1, the NASL did not include the two clubs on its list of eight teams that planned on operating in the NASL in 2018.

In the suit it later filed against U.S. Soccer when it was denied Division 2 sanctioning for 2018, the NASL declared it planned on operating 13 teams, including six yet to be announced teams, in 2018. (Since then, North Carolina FC bolted to the USL).

Glimmer of hope. What was not expected was that the Deltas would go on to win the 2017 NASL championship. That success and the capacity crowd they drew at Kezar Stadium for the final have led to a glimmer of hope that the NASL will operate a team in San Francisco again.

NASL interim commissioner Rishi Sehgal issued a statement in which he said the league remained a big believer in the San Francisco market.

"We are in active discussions with potential ownership groups," Sehgal said, "and we aim to keep professional soccer in San Francisco in the future."

Unworkable situation. What was also not expected is that FC Edmonton discontinue its pro operations. It was expected to join the Canadian Premier League, which may begin play in 2019.

FC Edmonton's Tom and Dave Fath have involved in the NASL longer than any other owners. But the the club drew poorly in Edmonton and faced high travel costs to get to away games because of its isolation.

On top of that, the decline in the Canadian dollar vs. the U.S. dollar escalated its costs.