Chris Leitch lasted half a season as the San Jose Earthquakes head coach. He'll return to his position as technical director following the hiring of 42-year-old Swede Mikael Stahre  as head coach. 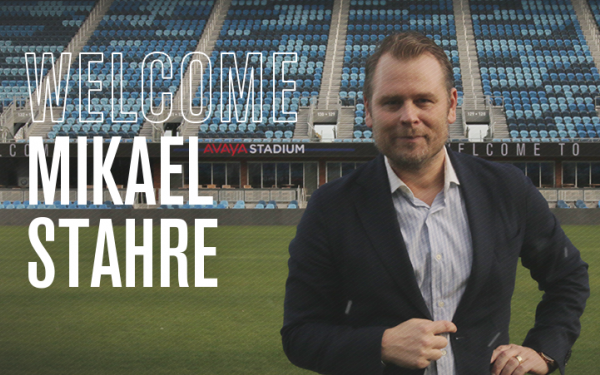 Stahre earned his reputation as one of the brightest young Swedish coaches when he led AIK to the league and cup double in 2009 when he was only 34.

Since then, he has jumped around -- six months in Greece at Panionios, three seasons with FK Gothenburg, which won the Swedish Cup in 2013 and was the league runner-up in 2014, and a season and a half at Chinese second division club Dalian Yifang before moving to Hacken for the 2017 season. Hacken improved from 10th place to fourth in the Allsvenskan in Stahre's one season in charge.

Leitch replaced Dominic Kinnear as head coach in June. The Quakes qualified for the playoffs on the last day of the regular season -- something they had not done since 2012 -- but they lost to Vancouver, 5-0, in the Knockout Round. The result was not a shock as San Jose went 7-8-2 under Leitch and gave up 31 goals in the eight losses, an average of almost four goals a game.

Alex Covelo, who spent the final four months of the 2017 season as Leitch's assistant coach, will return to his role as director of methodology. Stahre's staff will be named later.

Stahre on move. “I am very proud to be the new head coach of the San Jose Earthquakes and for the opportunity to work with Jesse Fioranelli and the other members of the organization. I'm going to give everything I have to the Quakes and I am very excited about being a part of the future of the club.”