Vitesse's Fankaty Dabo and Schalke 04's Benjamin Stambouli  spectacularly struck into their own nets. Dabo beat his own keeper with 35-yard shot in a 4-2 Dutch Eredivisie loss to Groningen last weekend while on Saturday Stambouli had to jump high to volley in the wrong goal from eight yards to give Borussia Dortmund a 2-0 lead in the barn-burner Revierderby, in which Schalke recovered from a 4-0 first-half deficit to tie, 4-4.

This own goal by Stambouli made it 2-0, Dortmund. (Nice finish tbh)

That seems like an eternity ago for Schalke. https://t.co/TmxpKciTHZ

In the Revierderby, which included a faceoff between U.S. teens Christian Pulisic (who played the full 90 for BVB) and Weston McKennie (yellow-carded in the third minute and subbed in the 34th minute with Dortmund leading 3-0), Stambouli scored the own goal in the 18th minute of a game full of golazos. Pulisic (No. 22) took part early in the sequence of passes that led to Raphael Guerreiro's superb volley that made it 4-0. 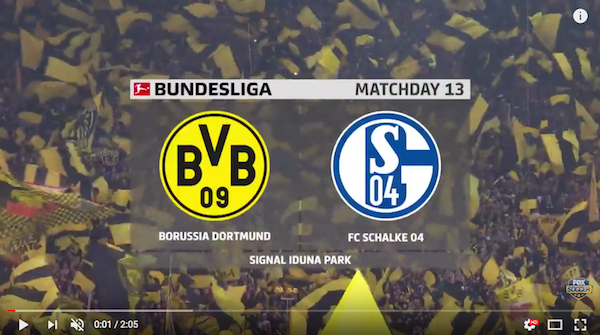