The musical chairs in the NWSL continued as former Seattle Reign head coach and general manager Laura Harvey became the head coach of the new NWSL team in Utah.

The Utah team inherits the roster of FC Kansas City, which folded last week and was coach by Vlatko Andonovski, who resigned to replace Harvey in Seattle. 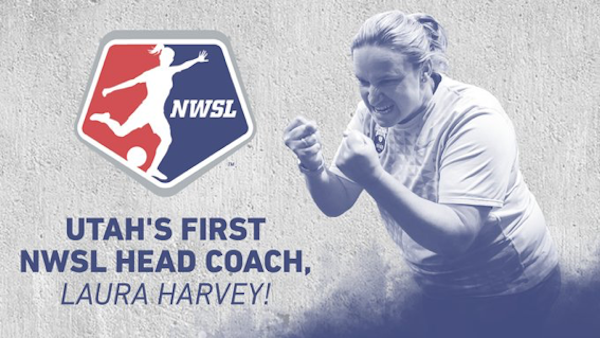 Harvey had been tipped as a candidate for the vacant England national team job but was reported by Four Four Two to be lined up for a position in the U.S. women's national team program.

“There were conversations," Harvey said on a conference call on Monday, "but the decision was mine. A lot of them are based on what I think I need right now. The England job is one of the best jobs in the world. But I think what I need right now is to stay stateside and continue to grow as a coach."

Real Salt Lake already operates the USL Real Monarchs in addition to the MLS team and is opening a new soccer complex -- the $73 million Zions Bank Real Academy -- in Herriman. Harvey said she was sold on the move after seeing the facilities and meeting with the RSL staff.

“I’m really excited for this opportunity,” she said. “I think what the club’s looking to build and the vision that it has is super exciting, not just for me, but I think for women’s soccer in the United States.”

Harvey had praised Andonovski's hire as her replacement in Seattle and she admitted the irony that she now replaced him as the coach of the players he had in 2017.

“It’s the ultimate trade," she said. "Me and Vlatko spoke, and I still stand by that he is the best candidate for the Reign job. It will be weird playing against the Reign, there’s no doubt about it. But that’s professional sport."