The most difficult role in officiating: assisting a poor referee

So I’ve officiated lots of games and realize what is my most difficult job as an official. And it’s not  what you might think: A ref with two teams that do not like one another needs to control the game, which can be challenging, but very doable as long as the ref uses the letter of the law.

As an assistant referee, these are the games where I can make the most mistakes as the number of fouls and the decisions that need to be made during the game escalates. Although I can “referee” the game right in front of me, using the flag as a whistle to assist the ref, it often does not help game-control if I signal a foul that’s much closer to the ref than to myself. Especially if this happens a couple times, it makes the ref look bad. Although by then, the players and coaches might have figured out that the ref is having a bad day. 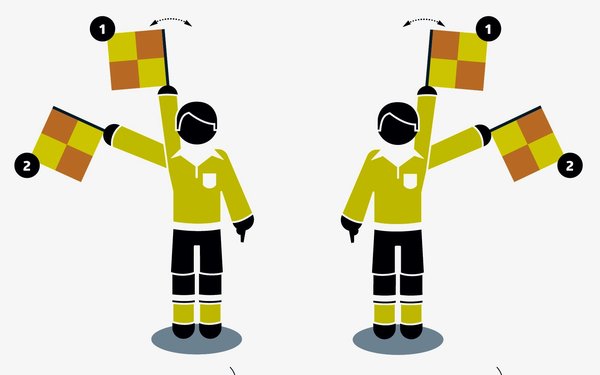 RULE 6: The Other Match Officials

It’s very easy for the AR to think about all that the ref is missing. And maybe even for the AR to consider that he or she should be in the middle instead. But that’s not a good response, because ARs need to concentrate on their role and how they can assist the ref in getting everybody, including the players, through the game.

A match that I really remember in this regard was a men’s college game. I was AR1, the assistant referee by the bench. AR2 had a good deal of experience as well. The ref did not have as much experience but the assignor must have thought he had some nice potential to give him the game.

And it was a disaster from the opening kickoff. It was midway through the first half when I felt he had lost control of the game. Fouls right in front of him and on his diagonal were not being called and players were openly yelling at him. The number of fouls were growing as his foul and misconduct recognition was just not good enough to be refereeing a game at that level.

We spoke at halftime. My job then was to give him some advice and try an injection of confidence. The advice from myself and the other AR was to try a more conservative view of what a foul was. Therefore, blowing the whistle at less physical contact.

Unfortunately, he missed calling the first foul of the second half that occurred right in front of him and 40 yards from the closest AR.

But credit to the coaches who realized that the ref was in over his head and they wanted to avoid a bench-clearing brawl, which the game could be moving toward, in the second half. The coaches were excellent role models as they calmed down their players at halftime.

A player of the visiting team left his feet by the touchline in front of the home team’s bench and his two-footed studs-up tackle went through the ankle of a home player dribbling the ball. Rather miraculously, the fouled player was not hurt. If you wanted to see a video of what serious foul play is, this was it. And if a bench-clearing brawl started, this was the time. But the home coach and players, remarkably, sat on the bench and did not dissent as the ref blew his whistle but somehow did not give the player a card.

This college game had wooden bleachers with spectators also standing up near the field. After seeing that foul, which should have been punished by a red card, a spectator standing behind AR2 asked, “How is that not a red card?”

I was wondering the same thing. The game finally ended and the ref felt very bad as he realized that he did not control the game. It must have been a very long drive home for him.

This was nearly 10 years ago and I never saw the ref again, which you might think is a good thing, yet he had something to offer. He just needed to get his feet wet as an AR in college soccer and do more games on the youth level. If he succeeded there, he could try the middle as a college ref.

It’s a shame for everybody at that game that the assignor gave him a match that he was not prepared to referee.