Civana Kuhlmann, who last weekend lifted the NCAA Division I title with Stanford, scored four goals in the USA's 10-1 win over Finland. The U.S. U-20 women, who opened the Nike Friendlies by tying England, 3-3, were up 4-0 by the 30th minute.

Kulhman, a Stanford freshman, struck the USA's third goal in the 17th minute and hit the net in the 40th, 42nd and 45th minutes to become the first player to score four goals in a U.S. U-20 women's international game.

U.S. head coach Jitka Klimkova had made seven changes to the starting lineup from the England game and the USA out-shot the Finns, who had opened with a 4-0 loss to Brazil, 29-3.

Next up: The USA faces Brazil, which fell, 1-0, to England, in its final game on Monday. 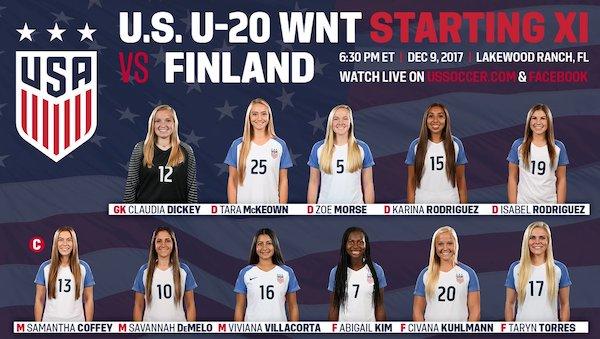