Poring over the list of unprotected players for the MLS Expansion Draft to be conducted Tuesday, one element that stands out is very few of them rate as “must-have” Los Angeles FC (or other teams around the league interested in dealing with LAFC).

Each team can protect 11 players and off-budget Homegrown players (or Generation adidas players) are automatically protected, yet still very few attractive options have been exposed. Age, salary and contract status all play significant roles in this particular draft, as do the limits of five picks for Los Angeles FC and the proviso that no team can lose more than one player.

A team that regards several of its players as possible picks has to crunch the numbers of what it would mean to lose each of them and then compile its lists of protected and non-protected players. It might also arrange behind the scenes to “lose” a player it has agreed to take back in a trade that sends someone else and/or other assets to LAFC.

Quite a few players on offer are free agents, and there are strict salary limits on what MLS teams can offer such players, so bidding wars between teams can only push a salary increase so far. LAFC can avoid that by claiming a free agent left unprotected but would probably rather prefer to gamble on the open market rather use up an Expansion Draft selection.

For this evaluation, we have included the 2017 guaranteed compensation figures, with the understanding that LAFC has the right to renegotiate the contracts of drafted players. And these are not the same numbers as are officially computed against a team’s salary budget, which will be $4.035 million in 2018.

Here's a rundown of some of the players available, separated into categories. that could be on the radar screen of LAFC head coach Bob Bradley.

Edwards looks like the no-brainer of this group if not the entire list of unprotected players, but he’s an Ontario product and less-MLS ready than a few of TFC’s protected players. On the other hand, pace and brazenness work well in MLS, and by scoring one goal and notching six assists in about 1,000 minutes of play in 2017 he suggested at age 22 that he’s poised to race up the learning curve in the next two seasons.

Okoli bagged just one goal in 16 games after winning the USL MVP award and Golden Boot (16 goals) for FC Cincinnati in 2016. He also started just three games so it’s a bit odd NYCFC kicked him loose so quickly. Since he’s been waived, there’s no need for LAFC to use a pick on him but he’s got a shot to end up on an MLS roster somewhere.

Bradley knows Onyewu from the U.S. national team but he’s had health and performance issues since leaving Europe to sign with Philly, and he’s 35. Cheyrou is 36. Delem is just 24 and played 14 games for the Sounders this past season. Probably hasn’t shown enough to rate a pick.

Beset by injuries, Serna has scored just five goals in 43 games the past three seasons. If his health checks out, at 23 and strongly left-footed he’s worth a long look.

No coincidence these are all capable outside backs. They are proven MLS veterans at a price most teams are willing to pay at this position. Of these three, Jimenez is the youngest (29), can play on either flank of the defense, and just might relish a return to Southern California; he played three seasons for the Galaxy (2011-13) and grew up in Huntington Beach.

Attinella looked poised to play many years for the Timbers following his good work as a backup to Nick Rimando at RSL, yet he’s been exposed after just one season -- along with counterpart Jake Gleeson. Either the club considers them to be interchangeable or the departure of head coach Caleb Porter and possible trade of Darlington Nagbe mean anything could happen before the 2018 season kicks off. Not that many experienced keepers have been left unprotected. Atlanta United locked down both Brad Guzan and Alec Kann, who manned the nets gallantly until Guzan arrived in midseason so LAFC might take a plunge on Attinella.

Asad is on loan from Velez Sarsfield and unknown is if the league adhered to its policy of stipulating a transfer fee in this loan deal, and if so stipulated what that number is. And he’s 23, so his true salary number is likely many times bigger than what MLS has listed.

Like several players listed here, DeLaGarza is coming off a serious knee injury. He’s played more than 200 games for the Galaxy and Dynamo, which declined his option for 2018. He’s also got Galaxy experience on his resume.

Ibarra’s strong ties to Minnesota might be of value in a trade-back, or Bradley may see him as an under-used asset eager to prove he can match his NASL displays in MLS, albeit with another team. If he can, he’s relatively cheap for an attacker that doesn’t take up a foreign-player slot.

Union head coach Jim Curtinhasn’t necessarily given up on Pontius but his scant production in 2017 (two goals in the same game, six assists in 30 appearances) after his first season with the Union (12 goals and six assists in 32 games) is tough to ignore. Yet he’s another SoCal product who attended UC Santa Barbara, could have a few good years left at age 30, and LAFC has the right to renegotiate his contract. 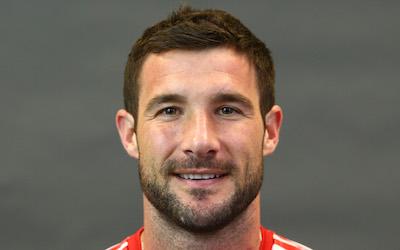 Collin is a seven-year MLS veteran who is under contract for 2018, and every team needs a reliable pillar at centerback. Bradley knows that bargains can be found on many MLS rosters when one goes about building a roster, so Collin may not entice.

Laba is among the best players at holding midfield but is on a big number. As team captain and icon, Alonso is a bit upset he’s been left unprotected, yet there are two rational explanations: either Seattle knows his DP salary will preclude his selection, or there’s already a trade-back in place for assets LAFC knows it can use.