U.S. defender Omar Gonzalez's quest to win a third title with Pachuca ended with a loss to Gremio in the semifinals of the FIFA Club World Cup. A searing shot by Everton  four minutes into overtime gave the Brazilian club a 1-0 victory and a place in the final against the winner of Wednesday's semifinal between Real Madrid and UAE club Al Jazira. 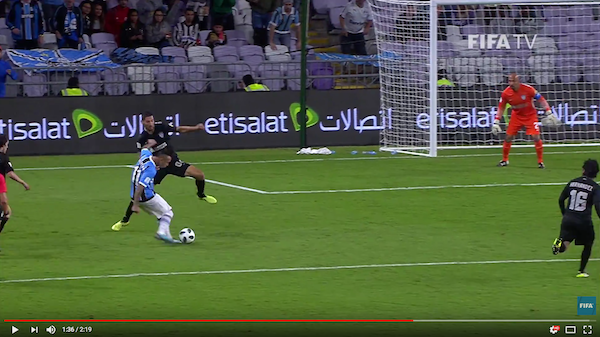 Pachuca will vie for third place on Saturday.

Gonzalez, who played the final three minutes of Pachuca's 1-0 overtime quarterfinal win over Wydad Athletic at the UAE-hosted tournament, started and played the entire 120 minutes of the semifinal. The 29-year-old Gonzalez won the Liga MX Clausura 2016 title and the 2016-17 Concacaf Champions League with Pachuca after moving Mexico from the Los Angeles Galaxy, where he had won three MLS Cups.