Perhaps the most intriguing USA rival is Costa Rica, which beat the USA twice in 2018 World Cup qualifying – and is heading to Russia, while the USA is not.

Costa Rica is the only Concacaf nation besides Mexico that has a winning record over the USA. But unlike Mexico, which is the third largest nation in the Western Hemisphere and boasts a wealthy professional league, Costa Rica is a nation of 4.8 million -- one million fewer people than live in the Miami metropolitan area.

Yet Costa Rica was Concacaf’s most successful team at the last World Cup. Drawn into a group with three former world champions – Uruguay, Italy and England – the Ticos won the group, and their round of 16 game against Greece before falling to the Netherlands on penalty kicks in the quarterfinals. 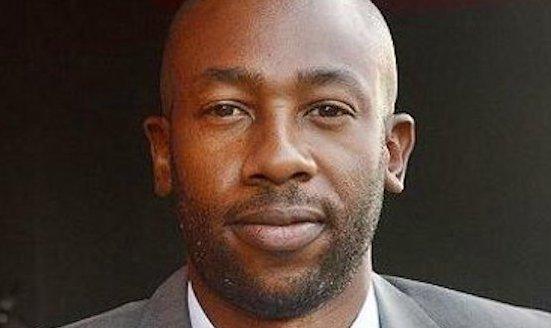 After succeeding Pinto as head coach, Wanchope guided Costa Rica to the 2014 Central American Cup title and at the 2015 Gold Cup to the quarterfinals (a 1-0, overtime loss to Mexico on a controversial 122nd minute penalty kick.)

The 41-year-old Wanchope, who finished his playing career with the Chicago Fire in 2007 after playing in Spain, Qatar, Argentina and Japan, served as the sporting director of Costa Rica's top club, Saprissa, from November 2015 through August 2017.

SOCCER AMERICA: What is the secret to Costa Rica’s success?

PAULO WANCHOPE: Mainly, we have the talent and that’s obviously very important in any sport. In last 10, 15 years we’ve had more players from Costa Rica going to Europe, to MLS, everywhere in the world -- and that makes us stronger because they have more experience.

What about at the youth level? What’s going on there?

It’s typical in our country for kids to be playing all over the neighborhood, on the streets … It’s our No. 1 sport. Every teenager, every child -- they play wherever they can from an early age.

My own experience, I played since I could remember, 5, 6 years old. I played in every street, in every park, in school. And then I had a chance to play in the national team in the youth system. That’s the best combination.

You’re saying the skill comes from unorganized soccer, without coaches, without adults around?

I think in the last 15, 20 years, we prepare coaches better. They go abroad for coaching badges. And good coaches from abroad come over here as well. That makes us stronger.

It’s cultural. Throughout all the years we feel we want to play good football. And the good thing in Costa Rica is we have good talented, technical players -- and physically we’re strong as well.

In Honduras, they are physically very good, fast and strong, but technically … Same in Panama, they’re very strong, very competitive, but with the ball, how do I say it, they’re not good to watch.

But in Costa Rica we have both. We like to play with the ball and we have strong physical players. 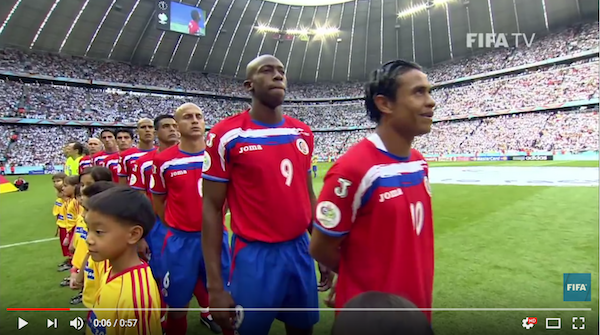 What was your reaction to the USA not qualifying for the 2018 World Cup?

It’s a big shock. Mainly because the money, the resources that you have to develop players. It was a big surprise.

You have an advantage because you have a mixture of cultures and I think you guys need to be more open-minded to take advantage of that.

For example, in Germany, now there is a mixed culture and they changed their style as well. The United States can do that. They can change the style, you can play in more of a Latin way or combination of styles because you have everything to develop a new system.

You lived for a while in the USA as a teenager, right?

When I was 16, because I was a basketball player, I attended Vincent Memorial High School in Calexico, California, for almost two years. I got a scholarship.

How was your English at that time?

I was born and grew up in Heredia, which is about 10 minutes from the capital of San Jose, but my parents came from, Limon, on the Caribbean coast, where English is spoken because we have a culture from Jamaica roots from there. I understood a little so it was easy to adapt in United States.

Did you keep playing soccer in California?

I went to a tryout at a soccer club and they said I could play in their games. I concentrated on basketball during the week and played soccer games on Saturdays and Sundays.

When and why did you stop playing basketball and start focusing on soccer?

I decided when I was 18, because Costa Rica qualified for the U-20 World Cup in Qatar in 1995. That was the point I needed to choose between basketball and soccer.

When did you start playing basketball?

When I was 13. When I entered high school in Costa Rica, the PE teacher said I should try playing basketball. It was good for me. At first, it was difficult. After a few months, a few years I became better.

Do you think basketball helped your soccer?

Yes, for sure. When I was the sporting director of Saprissa, I encouraged all the kids from 6 years old to 13, 14 years old to play another sport as well. Not play only soccer. I encouraged them to play basketball as well. For sure, that will help players to develop themselves. You become better with your body movement, your agility.

What did your parents do for a living and did they support your ambitions in sports?

My father is an accountant and used to be a professional soccer player. My mother is a nurse, who used to work in a hospital. They always supported my sports, but they said to me it’s OK for me play any sports but I needed to keep up with my studies. I did study at business administration at the university for a year and a half, but then when I was 19 I had chance to go to England, and joined Derby County.

What are you doing now?

I’m in England. I’ve done my A license and at the moment I’m getting my Pro license. I want to get back into soccer as a coach. I was a sporting director at Saprissa, but I want to be a coach again.

Would you consider coming to the United States to coach?

Yes. I would like to bring some of my experience there. We will see.