Not many prominent Uruguayan players have opted to join MLS, but the league and Los Angeles FC Thursday announced the acquisition of one of that nation’s brightest young stars.

Forward Diego Rossi, 19, has been signed in a transfer deal from Montevideo giant Penarol, for which he scored 10 goals in its recent run to a 51st Primera Division championship. He joins Mexican international Carlos Vela as Designated Players on the LAFC roster and is the second-youngest DP signing in league history. FC Dallas signed Fabian Castillo to a DP deal at 18 in 2011. 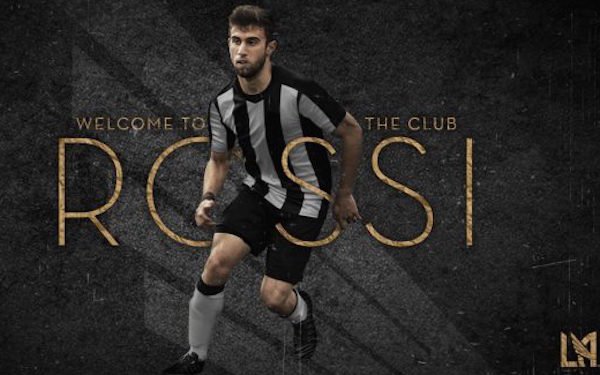 “Diego is a young and exciting attacking player,” LAFC head coach Bob Bradley said in a team statement. “His experiences at Peñarol and his ability fit perfectly with our vision of the team we are building at LAFC. We believe Diego will mature into a top-class player.”

Though he has yet to play for the full national team, Rossi has excelled for his country at youth levels. He has scored 10 goals in 39 appearances for the U-20s and helped Uruguay win the South American U-20 championship last February.

He joined the Penarol youth system at 12 and several years later the club captured the U-17 league championship. He debuted for the first team in April 2016 and has scored 13 goals in 47 appearances (all competitions) for the club.

Fellow Uruguayan Nicolas Lodeiro of MLS rival Seattle Sounders FC said, “Diego is a great soccer player, with a lot of talent and a bright future. He’s a young striker with a lot of speed and good technique.

“Honestly, he is an all-around player, who is living a great moment in his career, scoring a lot of goals and I’m also very happy for the fact that more Uruguayans players are coming to the league. I’m always trying to help them, but without a doubt, he’s going to do well because of his quality and also because I know he’s an excellent person, which is the most important thing to me, so let us welcome him here.”