Sophia Smith, scorer for three U.S. teams, is Young Player of the Year 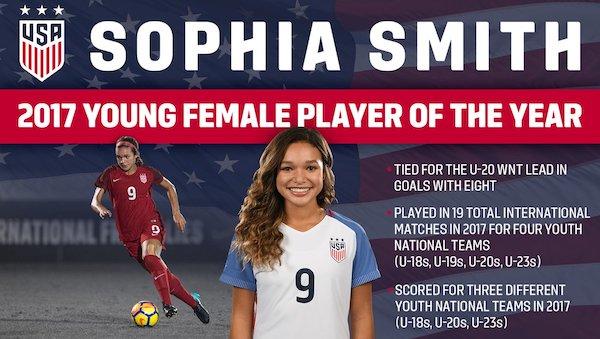 The 17-year-oold high school senior, who has committed to attend Stanford University in the fall of 2018, plays for he Real Colorado U-18/19 Development Academy team.

Defender Tierna Davidson, a Stanford sophomore who helped lead the Cardinal to the NCAA championship this fall, finished second to Smith, who got 48.5% of the vote.